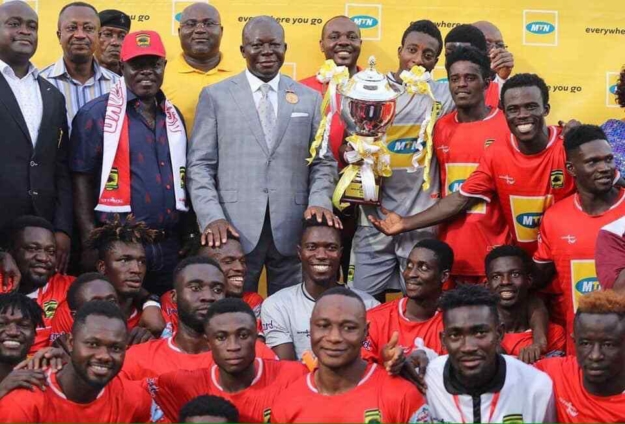 Asante Kotoko owner, Otumfuo Osei Tutu II, has set up a committee to investigate the club’s transaction with Tunisian side, Esperance, which has resulted in a fine by FIFA.

The Porcupine Warriors are facing a transfer ban internationally and locally after a $240,000 fine was imposed on them by the world football governing body.

The fine is as a result of the illegal signing of Esperance striker, Emmanuel Clottey, in 2015. The club has until May 17, 2020, to settle the debt or will be banned from registering new players.

Esperance reported Kotoko to FIFA after the Ghanaian giants had demanded the payment of the transfer fee of midfielder Kwame Bonsu from the Tunisians.

A part of a statement released by Manhyia Palace on Wednesday read: “A committee has been appointed to investigate all the circumstances surrounding Asante Kotoko Sporting Club transactions with Tunisian Club Esperance which resulted in the FIFA ruling and the subsequent transfer of another Asante Kotoko player to the club.”

Also, the statement revealed that Executive Chairman, Dr Kwame Kyei, has submitted the report of his stewardship for the past three years to the palace.

“The report is being evaluated for the consideration of His Majesty Otumfuo Osei Tutu II, Asantehene, and an announcement will be made in due course on the future direction of the club.”