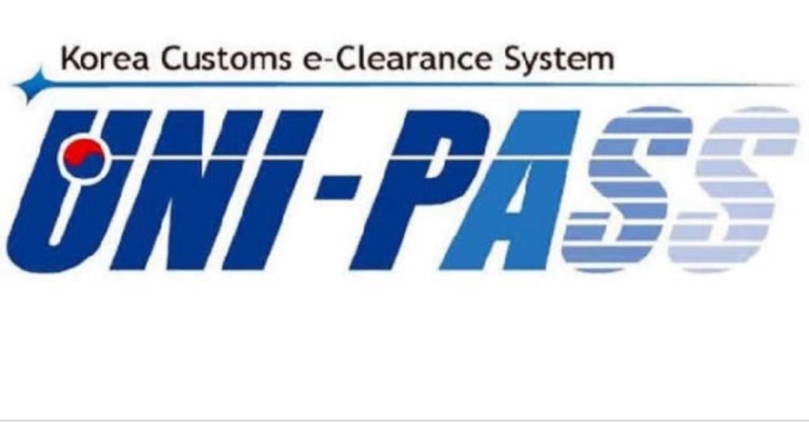 With cargo traffic eligible to be handled by the newly contracted UNIPASS trade facilitation platform rising at the Takoradi sea port, government is intensifying its pressure on the national single window operators, GC Net and Customs World (until recently known as West Blue Consulting), to hand over its eminently successful platform to UNIPASS, to rectify the latter’s continued shortcomings.

However both partners continue to dig in their heels, refusing government’s request, which indeed appears to have no legal backing; the law recognizes the partner’s single window platform – used in Ghana since 2016 – as their proprietary property.

Actually, both UNIPASS platform operational partners, CUIPEA of South Korea and Ghana Link,  as well as government itself, foresaw this problem and consequently inserted the hand -over of the outgoing platform designed and deployed by GC Net and West Blue, as a requisite condition for implementation of the new trade facilitation platform.

Apparently however they did not foresee the refusal of the platform designers and original operators to agree to hand-over their platform to their proposed replacement, who government had contracted, through sole sourcing, to take over their responsibilities, mid-way through their contract, and at a higher cost to importers and their agents.

The Trade Facilitation Agreement between the Ministry of Trade and Industry and Ghana Link states that the Agreement shall come into effect only when, among other things:  “The Government has handed over the GC Net and any other third party single window operators platforms, including the country’s single window trade applications and other import services relating to the processing of customs documents”.

The ongoing difficulties being encountered by importers, clearing agents and freight forwarders at Takoradi port, are again seeming to confirm that UNIPASS itself does not have a single window platform adequate for trade facilitation in Ghana.

The first attempt to migrate to the UNIPASS platform at the port, in late February failed and was consequently suspended, with shippers and their agents being required to revert to the GC Net platform which they had been using without problems since 2019. An attempt to migrate to the new platform at the Temaport at the beginning of March failed in similar fashion, again forcing a retreat to the GC Net platform.

However, the attempted piloting of the UNIPASS platform at the Elubo and Aflao land customs border posts, was touted by government as evidence of its trade facilitation capacity, despite its failure – after problems with the first two entries passed, importers were forced to revert to the GC Net platform. Instructively, both the Ghana Institute of Freight Forwarders and the Association of Importers had warned, even before that fiasco,  that cargo traffic at both border posts was too little to validate the new platform – especially since no stress tests had been conducted.

Events at Takoradi since the beginning of April have confirmed this warning. On the first day, of implementation of the latest attempt, many clearing agents and freight forwarders could not even get to register onto the new platform, forcing its operators to hold an emergency meeting with representative members of GIFF at which it was agreed that their details be forwarded to UNIPASS officials who would do the registration themselves.

Government’s directives for the migration at Takoradi are that only new imports are to be processed through the new platform; goods in warehouses, and free zones as well as old declarations are still being processed through the outgoing platform. While this has reduced the amount of cargo traffic that the UNIPASS platform would have otherwise had to cope with, lots of logistical problems are still arising as more ships arrive at the port with their cargoes.

Faced with the possibility of yet another failure, government has intensified its efforts to get GC Net and West Blue to hand over their operating systems. This is instructive – stakeholders and public policy analysts alike insist that there is no difference between the original platform and the new one – with the exception of the identity of its operators and its higher charges –but while GC Net and West Blue, having designed it in the first place, know how to use it, the UNIPASS partners were simply expecting to simply inherit it, lacking the ability to deploy it.

Intriguingly, while the Ministry of Trade and Industry, claims that the introduction of UNIPASS is expected to make the Ghana National Single Window more comprehensive  by providing a clearance management system, a cargo management system, an information management system and an administration system, all these functions are already available on the existing systems.

Instructively, West Blue has actually taken UNIPASS to court, accusing it of pirating the software its platform runs on. The case is still being adjucated by an Accra High Court.

Curiously, clearing agents assert that not only are the documentations under the new platform exactly the same as those under the GC Net/West Blue platform; the replication has even inadvertently extended to the fees charged, with the new platform’s documents demanding payment of the same 0.40 percent fee charged by GC Net despite the UNIPASS fee being a much higher 0.75 percent ( the other 0.28 percent fee under the outgoing platform is paid to West Blue out of a 1.0 percent fee collected by government itself).

The University of Ghana Business School’s survey reveals that Ghana saved some US$500 million in the first two years since the inception of the single window system it deployed in 2016.  Evidently, introduction of the UNIPASS system will surely buck this trend. Both GC Net and West Blue have invested heavily in requisite processes and procedures. GC Net has invested some US$80 million over the 15 years it has been operating in Ghana, while West Blue Consulting has invested some US$10 million since 2015.

GC Net in particular has drawn up lots of successes with regards to useful innovations.

These include its Ghana Customs Management System which expedites processing of all customs processes automatically; Ghana Integrated Cargo Clearance System which serves as a central hub  for all players in the clearance value chain; the e-MDA portal which enables all Ministries, Departments and Agencies to issue licenses, permits and exemptions electronically; Letter of Commitment, which enables the Bank of Ghana and commercial banks to track foreign exchange payments for imports and forex earnings from exports; and the Ghana Single Window  Application, an information tool to facilitate access to all sorts of trade related data by the trading community, among many other innovations.

Both GC Net and West Blue have publicly declared their refusal to hand over their platforms, which they assert are their proprietary property under commercial law.

Legal experts confirm the validity of this stance. However both parties have accepted to pass over data collected in the fulfillment of their contractual obligations.

But their refusal to hand over software and hardware is raising fears in government as to the implications of a compensation clause in its agreement with UNIPASS to the effect that if its contract is terminated within one year of commencement – or government fails to fulfill its obligations in facilitating its implementation – then Ghana would have to pay the UNIPASS operators US$92.97 million in compensation.

Some legal experts are now raising concerns that failure to secure the GC Net platform for UNIPASS to use – as the latter is proving unable to deploy an adequately working platform of its own – could be interpreted as a failure by government to meet its obligations that is crucial to the successful implementation of the contract.

In effect this means the possibility of Ghana having topay compensation to a partnership which never had the capability to fulfill its contract in the first place. Unsurprisingly, the contract’s most cynical critics assert that this is a deliberate ploy.

The latest problems at the Takoradi port are coming at a particularly bad time for UNIPASS. In March, IMANI Africa, a leading public policy think tank petitioned President Nana Akufo-Addo to abrogate the contract following revelations that Ghana Link’s wholly owned subsidiary, Africa Link, had a similar contract terminated by the Sierra Leone government in January for failing to deploy a single window trade facilitation platform after seven years  of operations, coupled with corporate tax evasion to the tune of 1.47 billion Leones.

DISCLAIMER: The Views, Comments, Opinions, Contributions and Statements made by Readers and Contributors on this platform do not necessarily represent the views or policy of Multimedia Group Limited.
Tags:
UNIPASS
UNIPASS deal