Sudan has agreed to compensate the families of 17 US sailors who died when their ship, the USS Cole, was bombed by al-Qaeda at a port in Yemen in 2000.

This is a key condition set by the US for Sudan to be removed from its list of state sponsors of terrorism.

The US ruled Sudan was responsible for the attack as the two suicide bombers involved were trained in the country.

Removal from the US blacklist would allow sanctions to be lifted, a major objective of Sudan’s new government.

High inflation and shortages of fuel and foreign currency helped trigger the protests which led to the downfall last April of the long-serving President Omar al-Bashir.

It is not clear how much Khartoum has agreed to pay to the families, but the Reuters news agency quotes a source close to the deal as saying it is $30m (£23m).

Sudan’s new rulers are desperate to end the country’s economic isolation and gain access to the dollar-based international financial system to attract loans and investment.

The compensation is one of several steps taken recently to appease Sudan’s critics. 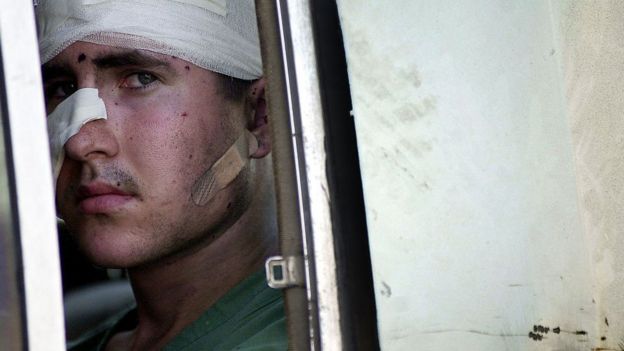 The transitional government has agreed that Mr Bashir should be handed over to the International Criminal Court (ICC) to face genocide and war crimes charges allegedly committed in the country’s Darfur region.

The country’s information minister told the Associated Press that figures for the USS Cole compensation could not be revealed as negotiations were ongoing to reach a similar settlement with families of those killed in the 1998 al-Qaeda bombings of US embassies in Kenya and Tanzania.

More than 200 people were killed in those attacks.

Why was Sudan put in the US blacklist?

Al-Qaeda leader Osama Bin Laden lived in Sudan for five years in the 1990s as a guest of Mr Bashir’s government. Sudan was added to the US terrorism list in 1993.

The families of those killed in the USS Cole say Sudan gave al-Qaeda and Bin Laden financial and technical support. They say this allowed the group to establish training bases, run businesses and even use Sudanese diplomatic passports to carry explosives. 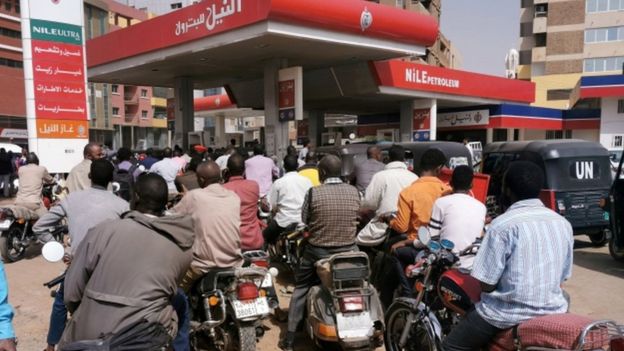 But Sudan has always insisted this was not the case, and a justice ministry statement has reiterated this point.

“The government of Sudan would like to point out that the settlement agreement explicitly affirmed that the government was not responsible for this incident or any terrorist act,” the state-run Suna agency quoted the statement as saying.

“It entered into this settlement out of [its] determination to settle the historical allegations of terrorism left over by the former regime, and only for the purpose of fulfilling the conditions set by the US administration to remove Sudan from the list of state sponsors of terrorism in order to normalise relations with the US and the rest of the world.”

What happened to the USS Cole?

On 12 October 2000 two Yemeni suicide bombers in a rubber dinghy packed with up to 225kg (500lb) of high explosives rammed the US destroyer, leaving a gaping hole in the side of the warship.

Seventeen crew were killed and at least 40 people were wounded in the attack on the ship as it was refuelling in the port of Aden. 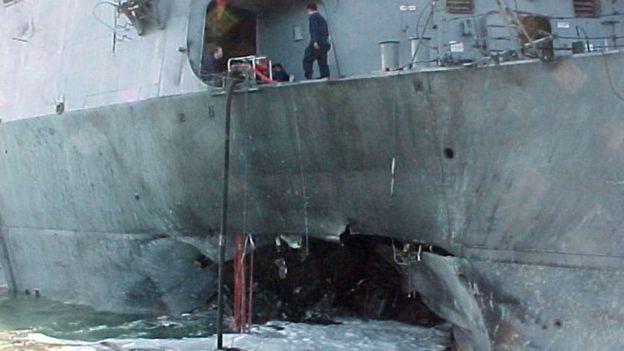 Last year, Jamal al-Badawi, a militant linked to the attack, was killed in a US air strike on Yemen.

The attack’s alleged planner, Saudi-born Abd al-Nashiri, is being held in US custody at Guantanamo Bay.

Last year, the US Supreme Court overturned, on procedural grounds, a 2012 ruling ordering Sudan to pay more than $300m to the victims’ families.