UTAG Strike: Substantive issues have not been touched – Bright Wireko-Brobbey 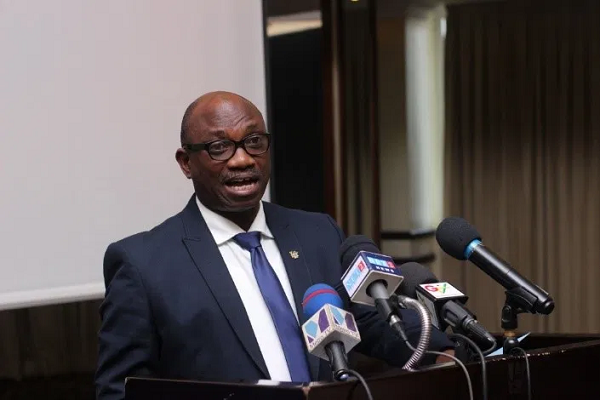 The Deputy Minister of Employment and Labour Relations, Bright Wireko-Brobbey says the substantive issue for which members of the University Teachers Association of Ghana (UTAG) embarked on the strike has not been tackled.

“We have so far not even gone to the substantive matter, it’s been much of a legal tussle,” he said.

He made this statement during an interaction on Joy FM’s News Night on Thursday whiles replying to a question posed to him on what the difficulty is in meeting the demands put out by UTAG.

He said “My Minister, the Education Minister and the Finance Minister are all poised to resolve this by sitting together, they must call off the strike and then we come to the table to continue to talk.”

His comment comes after some final year students of the Universities complained of not enjoying the best academic life, following the ongoing strike by the University Teachers Association of Ghana (UTAG).

According to them, the strike has left them in a helpless state as no supervisor is attending to their project work, which is a compulsory requirement for graduation.

“We keep going back to the indefiniteness of the whole thing [strike]. The University’s response so far has been ‘the suspension of exams and adjournment of reopening for the next cohort.’ That has added to how uncertain things have become for us,” a student told JoyNews on Wednesday.

The students also noted that the strike, if not suspended, will further increase the pressure on them as they would have to write exams and attend to their project work while undertaking the National Service assignment.

Mr. Wireko-Brobbey further appealed to the leadership of UTAG to reconsider their decision by calling off the strike to enable the smooth running of the academic calendar.

“So let me use your medium to appeal to the Leadership of UTAG that it is the students that are at stake now. They are complaining that the academic calendar is getting derailed, everybody is worried. If you will use negotiations and discussions to resolve your matter why be on strike at the detriment of these poor students,” he said.

But reacting to Mr. Wireko-Brobbey’s comments, the UTAG President of Legon, Samuel N. Nkumbaan said inasmuch as they are willing to engage government to resolve the strike issue, they cannot take the bold step because of the legal issue they are confronted with.

“We cannot be in court and then be sitting on a negotiation table. With what mindset are we going to negotiate? What is the negotiation between us and government as well as each agency which is the Labour Commission? And so we are not in the position until such cases in court are determined,” he said.

According to him, UTAG is not negotiating because negotiations have broken down therefore the only way left for them to send the message across was to go on strike.

DISCLAIMER: The Views, Comments, Opinions, Contributions and Statements made by Readers and Contributors on this platform do not necessarily represent the views or policy of Multimedia Group Limited.
Tags:
Bright Wireko Brobbey
Samuel N. Nkumbaan
UTAG Strike