Virologist warns of animal to human mode of Ebola transmission 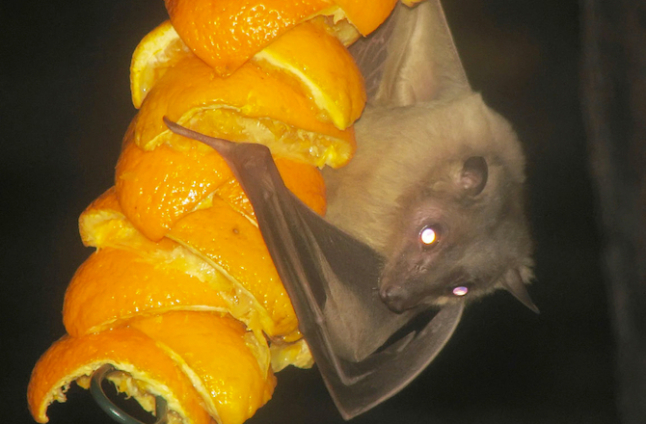 A Virologist at the Ghana Veterinary Service, Dr. Joseph Adongo-Awuni has cautioned the public to place equal emphasis on the animal to human mode of transmitting the Ebola virus.

“We are still at risk, the human to human control is excellent, but it is important to let the general public know of the second risk route, the animal to human level," Dr. Adongo-Awuni noted.

Speaking to Joy News' Seth Kwame Boateng, Dr. Adongo-Awuni was conviced that fruit bats, which are prone to carrying the Ebola virus could fly out of Ghana to the affected countries – Nigeria, Sierra Leone, Liberia and Guinea and possibly return with the virus.

He said though the already infected bats are immuned to the virus, they secreted the virus contained in their saliva on fruits like mangoes, oranges, shea nuts and berries they consume.

He maintained that animals like pigs, gorillas, porcupines, antelopes, dogs and even humans, who in turn consume these infested fruits were not spared by the virus.

To avoid contracting the disease, Dr. Adongo-Awuni warned that inhabitants within the rural areas should refrain from consuming fruits, which bats had already fed on.

“All these fruits which have been dropped and probably eaten by these fruit bats should not be eaten,” he cautioned.

According to Dr. Adongo-Awuni, though the nation has put in place measures to prevent the deadly Ebola virus from reaching its shores, citizens must be sensitized on their consumption of bush meats, which played host to the virus.

The Ebola Virus Disease (EVD) kills up to 90 per cent of humans who become infected.

The virus has ravaged West African countries like Guinea, Liberia, Nigeria and Sierra Leone claiming lives of over 1,069 people since renewed outbreak in March, this year.

Symptoms of the disease include vomiting, headache, high fever, muscle aches, sore throat, weakness, stomach pain, lack of appetite as well as presence of blood in stools and vomit.