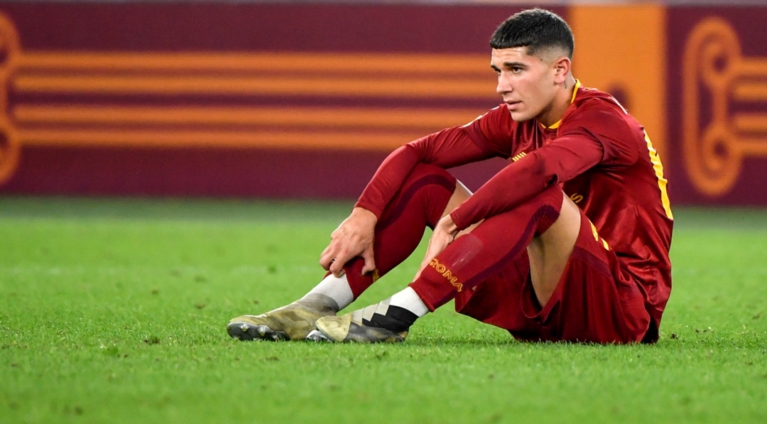 The 18-year-old attacking midfielder was born in Sydney but plays for Jose Mourinho’s Roma and has featured for Italy’s under-19 and under-20 sides.

He made his Serie A debut last year and has scored twice in five league appearances, including a goal and assist in a recent 3-1 win at Verona.

Arnold, who named his 26-man squad for Qatar on Tuesday, said he had tried to persuade Volpato “right up until 11pm”.

“It’s not my decision, I spoke to Cristian yesterday three times, before that I’d spoken to him on numerous occasions,” he told reporters.

“I pretty much told him yesterday that he was in the 26-man squad, he wanted to go away and think about it, wanted to speak to the people around him who help guide his career.

“He came back last night and declined the offer to come and play for Australia at the World Cup.”

Despite playing for Italy at youth level, Volpato would have been eligible to represent the country of his birth.

He appears to be holding out for a call-up to Italy’s senior squad.

After online criticism from Australia fans, Volpato wrote on Instagram that he had yet to make a decision about his international future.

“I am still just at the start of my professional career and I am totally focused on continuing that process at Roma,” he wrote.

“Making any sort of rushed decision about my international future at this early stage risks being extremely premature.”

Mourinho said that Volpato should not be hurried into committing himself to Italy or Australia.

“He is currently in a development phase where he needs to focus on building his future and not on certain decisions that perhaps others want to bring forward to speed up a process that should not be sped up,” said the Portuguese.

Australia are in Group D at the World Cup with France, Denmark and Tunisia.

They face the holders France in their opener on November 22.

DISCLAIMER: The Views, Comments, Opinions, Contributions and Statements made by Readers and Contributors on this platform do not necessarily represent the views or policy of Multimedia Group Limited.
Tags:
Australia
World Cup