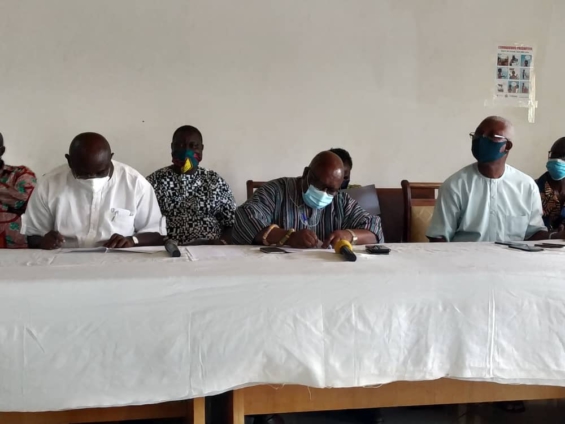 The National Democratic Congress (NDC) in the Volta Region has cautioned government and the security services against acts of aggression in the ongoing voter registration exercise.

In a joint meeting of the council of elders and the political committee of the NDC, the party warned that acts of violence against the people of the region will not be tolerated.

The team led by Dan Abodakpui and former Speaker of Parliament, Doe Adzaho spoke against people in the region being intimidated.

According to the party, anyone caught in such an act would have themselves to blame.

They stated that they would ensure inhabitants legitimately protect themselves against all forms of aggression.

The NDC also criticized President Akufo-Addo of superintending over a system of governance which sought to deliberately target and treat people of the region as “second class citizens”.

Mr Abodakpui indicated that the current forms of aggression visited on the people from the region had undone late President John Evans Atta Mills’ ‘Father for all’ mantra.

He stated that inhabitants of the region were law-abiding Ghanaians who continued to contribute meaningfully to national development and as such, the party would not stand aloof and tolerate any form of intimidation against them.

In attendance were other party bigwigs which included NDC National Vice Chairman, Kofi Attor, Prosper Bani, among others.

DISCLAIMER: The Views, Comments, Opinions, Contributions and Statements made by Readers and Contributors on this platform do not necessarily represent the views or policy of Multimedia Group Limited.
Tags:
Electoral violence
NDC