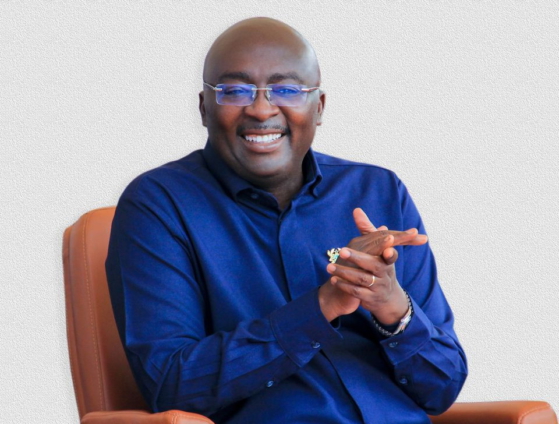 The Vice President, Dr. Mahamudu Bawumia, has been named among the 100 most influential people on the African continent.

Dr. Mahamudu Bawumia was selected in the category of influential LEADERS, along with Presidents Paul Kagame of Rwanda, Mackey Sall of Senegal and William Ruto of Kenya. Others are AfDB President Dr. Akinwumi Adesina, and Afriexim Bank President Professor Benedict Oramah.

Dr. Bawumia was recognised for his relentless efforts at spearheading Ghana’s digitisation as a core economic strategy to solve socio-economic problems.

Naming Dr. Bawumia as one of Africa’s most influential leaders, the publication eulogised the Vice President for his transformational leadership, noting that his reforms are setting “unique precedents on the African continent.”

‘The Oxford-trained economist, former Deputy Governor of Ghana’s Central Bank and Vice President of the Republic of Ghana since 2017, Dr. Mahamudu Bawumia is spearheading Ghana’s digitisation as a core economic strategy to solve socio-economic problems, formalise and build a more inclusive economy, deal with corruption and to provide social  services more effectively,” wrote the magazine.

“His reforms are setting a unique precedent on the continent. His digitisation agenda has resulted in the implementation and adoption of a National Identification System, a Digital Property Addressing System and a Mobile Money Interoperability System. This is enabling a new set of opportunities for the consumer including mobile wallets and greater financial inclusion.”

“Bawumia sees technology as the key to transforming the economy and delivering essential services,” the publication added.

Dr. Bawumia was also commended by the magazine for initiating Ghana’s recent oil-for-gold barter initiative, which seeks to pay for imported oil with Ghana’s gold, rather than paying with its reserved US Dollars – a smart move to curb the depreciation of the Cedi, as well as control the rising cost of fuel in the country.

Through his digitisation initiatives, Ghana has also become the world’s largest provider of medical delivery services using Zipline drones to deliver medical supplies to remote parts of the country in real time.

Recently, the UNDP, through its country rep, Angela Rusigi, described Dr. Bawumia as a “champion of digitisation”, adding that his efforts have contributed to ‘inclusive and accelerated development’.

DISCLAIMER: The Views, Comments, Opinions, Contributions and Statements made by Readers and Contributors on this platform do not necessarily represent the views or policy of Multimedia Group Limited.
Tags:
100 most influential Africans
Dr. Mahamudu Bawumia
New African Magazine