We have missed our fans – Afriyie Barnieh - MyJoyOnline.com

We have missed our fans – Afriyie Barnieh 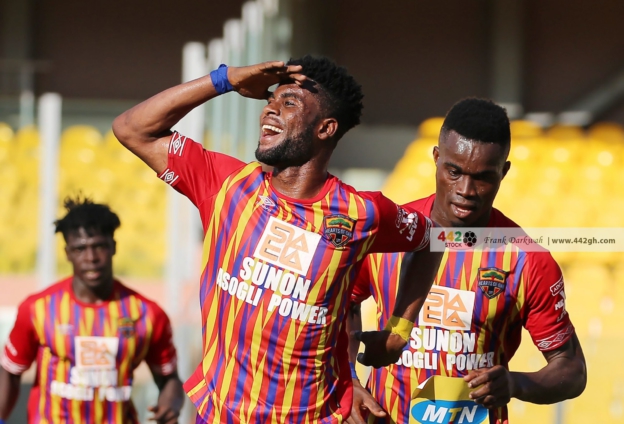 Hearts of Oak forward, Afriyie Barnieh has told Joy Sports that players and technical members of the club are beginning to feel the emotional downside of playing games without their fans.

Complications surrounding the coronavirus pandemic compelled CAF to ensure Champions League games are played behind closed doors. This decision meant that Hearts of Oak’s victory over CI Kamsar was played without fans in the stadium.

However, ahead of the first leg of their encounter versus Morocco’s Wydad AC, CAF has approved for 2000 fans to be admitted for the game.

As a result, fans have been left competing for the limited tickets available for the game, and Barnieh believes the Hearts faithful are also feeling the same effects of their long absence from Hearts games.

He noted that their presence acts as an incense to the team’s energy for matches.

“Reason why they are asking of tickets and stuff is because they’ve missed us, and we too we’ve missed them. They’ve missed seeing us on the field of play and we have also missed them in the stands. So what I will tell them is that they should keep on praying and support us, and come in their numbers on Sunday. I think we are not going to disappoint them, we will make them proud on Sunday. When we see our fans the morale and everything comes up,” Barnieh said to Joy Sports.