'We made God a liar'- Osei Kyei-Mensah-Bonsu fumes at so-called men of God prophesying about Dec. 7 elections - MyJoyOnline.com

‘We made God a liar’- Osei Kyei-Mensah-Bonsu fumes at so-called men of God prophesying about Dec. 7 elections 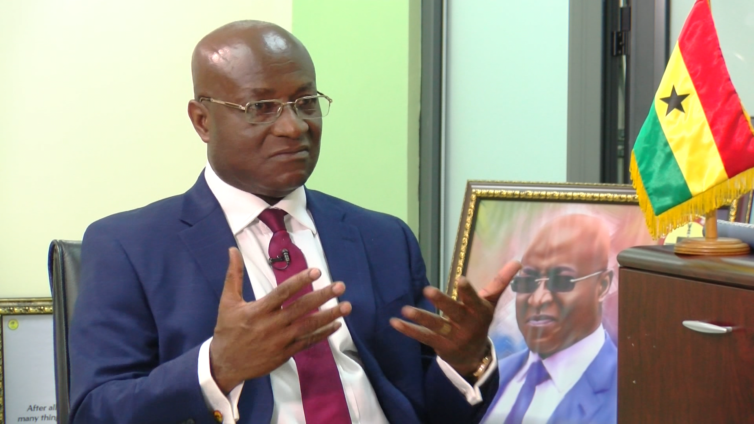 The Minister of Parliamentary Affairs, Osei Kyei-Mensah-Bonsu has said that activities of some so-called men of God prophesying about electoral victory in the country have “made God a liar.”

He wondered why God will be giving conflicting messages to two separate pastors concerning the upcoming elections results.

“God cannot be speaking to two people with two messages at the same time, so when men of God, some of them I will dare suggest, so-called men of God prophesy that party ‘A’ is wining and at the same time another so-called man of God is preaching that party ‘B’ is wining, we made God a lie and it means that we are speaking from our own intuitions and it is not God who is speaking through us,” the Majority Leader said.

Mr Kyei-Mensah-Bonsu was speaking at a forum organized by the Ministry of Parliamentary Affairs under the theme, “Towards democratic elections in December 2020: The perspectives of the National Media Commission and Religious Leaders.”

The Majority Leader charged the media and Religious leaders to play their part in ensuring a peaceful election. Mensah-Bonsu also urged the electorates and supporters of the various political parties to desist from any forms of violence ahead, during and after the elections.

On his part, the President of the Ghana Pentecostal and Charismatic Council (GPCC) Rev Prof Paul Frimpong-Manso also cautioned against pastors prophesying about winners and losers of this year’s December polls.

According to him, such prophecies by the self-acclaimed men of God can bring chaos in the country that should not be entertained.

Rev Frimpong-Manso who described such prophecies as ridiculous, noted that the GPCC has not sanctioned such prophecies by the said men of God.
Meanwhile, the Chairman of the Christian Council of Ghana, Rev. Dr. Paul Kwame Boafo also urged all stakeholders to have confidence in the Electoral Commission to deliver credible and transparent elections on December 7.

He, however, commended the Electoral Commission for being transparent in their dealings with stakeholders through the roadmap towards this year’s election.

Rev Boafo also revealed that the clergy has also declared national week of prayer and fasting starting from 25th to 29th November and a peaceful walk to ensure peaceful elections.

The Chairman of the National Media Commission (NMC), Yaw Boadu-Ayeboafo said the NMC is deploying a mobile app to monitor the activities of media houses and journalists during the election 2020 through a mobile application.

The move according to the Commission is to enable it to crack down on fake news and misinformation during the December polls.

Boadu-Ayeboafo argued the application has come in handy given the dangers associated with Covid-19 complications.