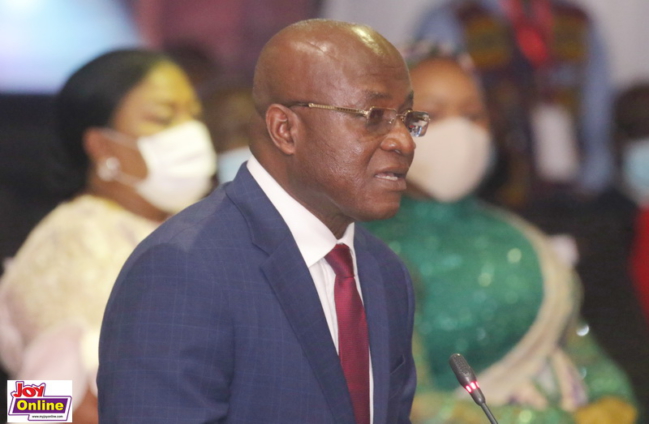 During Friday’s vetting process by Parliament’s Appointments Committee, the Majority leader indicated that there are some flaws in the constitution that hinders various procedures undertaken by the Legislature.

“I believe there should be a holistic review of the constitution. We are in Parliament, we have applied the constitution and indeed we apply it on daily basis and we know the weaknesses that confronted us in many areas including the process of amending the constitution especially the entrenched ones which seek to relegate the Parliament to the backyard.”

According to him, when some orders are being taken into consideration, “the constitution is sometimes a bit confused on what to do when we (legislators) have to abridge the process.”

“When you come to clause 13 which provides, where is it determined by a committee of Parliament appointed for the purpose that the particular bill is of urgent nature, the provisions of the preceding clauses of this article, other than clause 1 and paragraph A clause 2 shall not apply and accordingly the President shall give his assent to the bill on his presentation of assent.

The Majority Leader further threw more light on anomalies in the Constitution that have resulted in a lack of trust among political parties during the execution of electoral responsibilities by the Electoral Commission (EC).

“When at a point in time the President had to bring in Charlotte Osei in place of Afari Gyan who had retired, my position at the time was that we should have the President submit the names for us [Parliament] to subject it to prior approval using two things…. The President will be forced to be more consultative in the appointment than usually is the case.

“Today, commissions and commissioners who are appointed by the President are undermined because of lack of trust. The NDC thinks that because the current commissioners were introduced by President Akufo-Addo’s regime, they believe that they cannot trust them. Just as we thought Charlotte Osei’s Commission could not be trusted.”

The Suame MP believes, a national discussion that scrutinizes some critical issues in the 1992 constitution will be the way forward for Ghana.

“If we left it to all for us to struck out the critical issues contained in the constitution and elevate them to a national debate from which perhaps we have a consultative assembly, then something should come out to which we shall subject to referendum and then whatever the agreement is, that will be the new constitution for us,” he stated.

DISCLAIMER: The Views, Comments, Opinions, Contributions and Statements made by Readers and Contributors on this platform do not necessarily represent the views or policy of Multimedia Group Limited.
Tags:
1992 Constitution
Appointments Committee
Minster-designate for Parliamentary Affairs
Osei Kyei Mensah Bonsu