We need good lawyers, not lots of lawyers - Chief Justice hits back - MyJoyOnline.com

We need good lawyers, not lots of lawyers – Chief Justice hits back 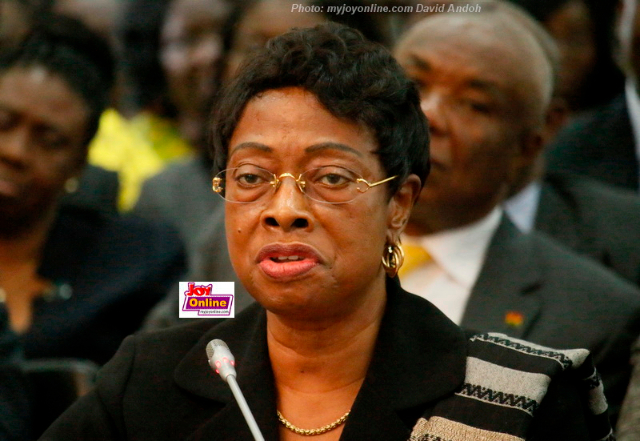 The Chief Justice has reiterated her stands on legal education in Ghana, JoyNews’ Maxwell Agbagba has reported.

According to Sophia Akuffo, it is better to have few qualified lawyers to many with compromised quality.

Speaking on the topic ‘Questing for Excellence’ at the 2019 University of Ghana Alumni Lectures, Justice Akuffo told the gathering “a good lawyer for each Ghanaian is what we deserve. Not lots of lawyers.

For emphasis, she added, “I will stand here again and say we need quality lawyers, not mass-produced lawyers.”

This was the third time ( in less than three months), the Chairman of the Ghana Legal Council, the body responsible for regulating the legal profession in the country, has expressed her convictions publicly on the vexed issue of legal education.

The first was at the Bench, Bar and Faculty Conference at the Labadi Beach Hotel in Accra on July 2019.

There, she told lawyers and lecturers “who are busy advocating free scale, mass admissions into the professional law course, and mass production of lawyers, (to) be careful what they wish for.”

According to her “so long as (she) has anything to do with it (legal education), it won’t happen.”

“Just like you can’t mass produce doctors and surgeons, Ghanaians must not have mass-produced lawyers imposed on them,” the Chief Justice added.

To further drive home this point, on Friday, October 4, 2019, at a ceremony to enrol newly qualified lawyers into the Bar,  Madam Sophia Akuffo said although plans are far advanced for the commencement of the construction of a larger campus for the Ghana School of Law, it will not translate into mass admissions.

“Plans have been made for the creation of new and other campuses away from the hustle and bustle of central Accra for which land was acquired some years ago. The plan for the execution of this project is expected to be captured in the 2020 budget which is being prepared now.

“But, however much available space is increased, the GLC [General Legal Council] will never relent on its commitment to assure us of the production of quality lawyers through the observation of highest standards,” she told the gathering.

The comments of the Chief Justice come on the back of mass failures recorded in this year’s Law School Entrance Examination.

Over 90 per cent of the students who sat for the examination failed.

Results showed that of the 1,820 candidates who sat for the entrance exams, only 128, representing a ten per cent pass.

The story is no different from failures recorded in the Ghana Bar exams a few months ago.

Again more than 90 per cent of the 727 students who wrote that exams failed, sparking agitation among the students.

A demonstration to protest the limited admissions and mass failures ended on a bloody note as police used rubber bullets to disperse them before they could present a petition to the president.

The National Association of Law Students followed this up with a press conference that called on the president, Nana Addo Dankwah Akufo-Addo, to make legal education more accessible by either repealing or amending the law governing it.

“The reforms we are calling for can only happen when the President calls on the Attorney General and the Minister for Justice to present a Bill to Parliament to either amend or repeal Act 32 to give a new direction and an institutional framework to legal education in Ghana,” Mr Jonathan Alua, president of the association said.

But insisting on her stance, the Chief Justice, Sophia Akuffo said on Thursday that the status quo may not change soon.

This time she used limited infrastructure and the questionable character of persons who apply to study law as justification.

“When the examinations started, even interviews, you would be amazed at some of the machinations that were discovered and reported, a number of impersonations were revealed,” she said.