We need good roads and schools; but National Cathedral is not misplaced – Victor Kusi Boateng 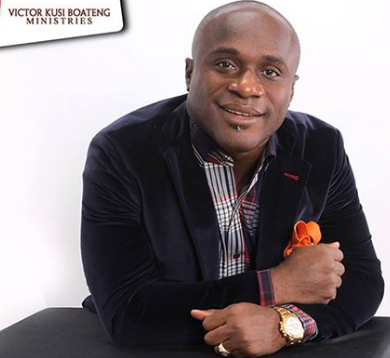 The Secretary of the Board of Trustees of the National Cathedral, Prophet Victor Kusi Boateng has dismissed assertions that the project is needless.

According to him, even though there is a litany of problems confronting the country, the decision by government to erect a National Cathedral in the face of these challenges is not a bad idea.

Speaking to Benjamin Akakpo on Prime Morning on Monday, Mr. Boateng indicated that, despite Ghana’s problems, the country keeps investing in football and therefore he does not understand the opposition to the National Cathedral.

“A lot of people think we’re just building a church building and that is why a lot of people were fighting it. There is still the need for good schools, good roads but in the midst of these, I thought Ghana was going to say because of these, we are not going to invest in football. You and I know that for many years, we’ve not had a single trophy and yet, nobody is complaining but for the sake of the football-loving Ghanaians, I will say it should be done”, Mr. Boateng said.

Touching on the completion of the National Cathedral, Mr. Boateng revealed that plans are far advanced in that regard. Disclosing the progress of work done so far, he intimated that the project, together with its facilities will be take shape by December, 2022. He explained that relevant consultations have been undertaken, hence the edifice should be ready for use by next year.

Meanwhile, scores of Ghanaians have repeatedly expressed their gross displeasure over the construction of the National Cathedral.

However, government believes that the National Cathedral is a useful initiative which should be embraced by all.

The decision to build a National Cathedral is in fulfilment of a promise President Akufo-Addo said he made to God ahead of the 2016 general election.

DISCLAIMER: The Views, Comments, Opinions, Contributions and Statements made by Readers and Contributors on this platform do not necessarily represent the views or policy of Multimedia Group Limited.
Tags:
National Cathedral Board of Trustees
National Cathedral of Ghana
Victor Kusi Boateng