We need to get hold of our economy firmly; our capital flights are too high and it is hurting us – Prof Kobina Annim 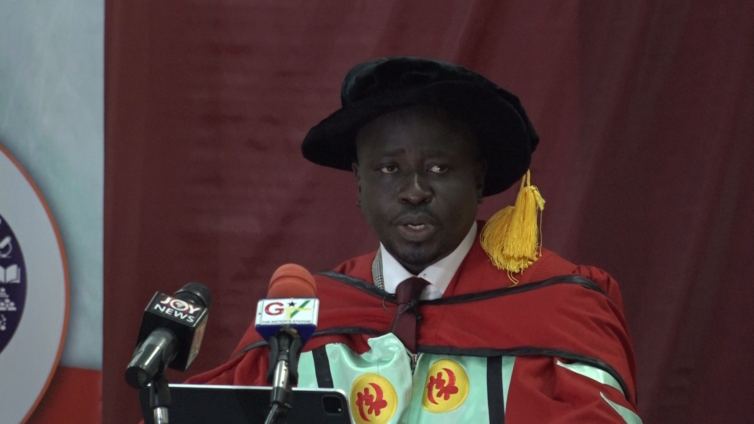 Government Statistician, Prof. Samuel Kobina Annim, says the country does not seem to have a firm grip on its economy.

Speaking at his professorial inaugural lecture at the University of Cape Coast, Prof. Annim indicated that capital flight at some point constituted 20.8 percent of the country’s GDP, a phenomenon he believes should demand more attention than focusing on inflation and exchange rate.

“I don’t understand why we leave out the discussion on how money earned in Ghana is taken out of the country and focus our discussion on inflation and exchange rate,” he stated.

According to him, tracking the extent of capital flight and making a case for whether there could be a downward trend in capital flight is one of his focuses.

“It’s very volatile because the volatility limits our ability to plan with capital flight because we cannot even predict the tax returns that we get from profits that expatriates make from businesses we have in the country,” he averred.

The professor of economics explained that there is a need to have a broader conversation on capital flights by contextualizing the relationship between capital flights and macroeconomic variables, of which one is very important.

He concedes it’s a difficult conversation to have because there are legal and illegal means of getting the money earned in the country out there, and having data on the illegal means is a challenge to the country.

He asked, “Why do you think about improving your tax to GDP ratio when people make money here and the next minute it goes out there?”

The Professor of Economics says the country simply does not have a firm grip on the economy and there’s a need to address the challenges in order to set it on the path of progress.

“We have allowed the international communities and individuals to capture this data and are using it as a basis to judge and send in foreign direct investments based on this data.”

Professor Annim was hopeful that the transitioning of the Department of Economics to the Schools of Economics and the setting up of the School of Economics Development Fund at UCC would help interrogate the issues he had raised very well.

Professor Annim’s research achievements have mainly been in microfinance, with the central aim of investigating the impact of the development paradigm that received much attention in the first decade of the 21st century. While the impact has been proven scientifically to an extent, Prof. Annim demonstrated the conditionalities associated with the impact of microfinance on poverty reduction.

In the course of the lecture, he reminded policymakers of the need to rethink the effects of situating the Microfinance and Small Loans Centre at the Office of the President, and to implement a national database for all vulnerable microfinance clients. He also urged microfinance practitioners and funders to focus on the packaging of financial products (i.e., savings, credit, remittances, and microinsurance).

In light of his background as a micro-econometrician working with national datasets across the globe, Prof. Annim prompted researchers and policymakers to collaboratively work to improve the use of data for the realization of the outcomes and impact of policies. Prof. Annim reviewed the Data Engagement Landscape in Ghana; shared his contemplations as a Statistical Data Producer, User, Advocate and Custodian; and introduced the Data Integrity Framework.

DISCLAIMER: The Views, Comments, Opinions, Contributions and Statements made by Readers and Contributors on this platform do not necessarily represent the views or policy of Multimedia Group Limited.
Tags:
Ghana Statistical Service (GSS)
Prof. Samuel Kobina Annim
University of Cape Coast (UCC)