We want to rebrand women’s football in the country – Barbara Asher Ayisi - MyJoyOnline.com 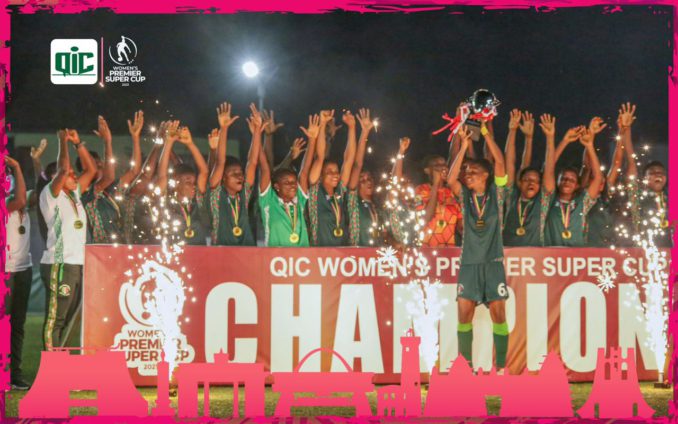 Chairperson of the Women’s Premier League Super Cup Committee, Barbara Ahser Ayisi says the introduction of the Super Cup tournament was to get more attention for women’s football in Ghana ahead of the start of the new season.

The committee executed their plan to perfection following the successful end of the maiden edition of the tournament, which saw Hasaacas Ladies beat Southern zone rivals, Ladystrikers, to the title and add a new trophy to their silverware collection.

“The tournament was very exciting and competitive. We had eight top teams [From both the Northern and Southern zones] play and so far, so good, today has been very exciting,” she said.

The former Cape Coast North MP also added that it was only to come up with such a tournament to also polish young talents in women’s football considering the performance of Hasaacas Ladies in the maiden edition of the CAF Women’s Champions League in Egypt.

“Looking at what Hasaacas Ladies did [in the CAF CL], it indicates we have the talents in the country and we need to encourage them. This competition [Super Cup] is to create another competition outside the traditional ones. I say congratulations to all the teams who participated,” she concluded.

The Hasmal Ladies beat Ladystrikers 3-2 to win their fourth trophy in 2021.