What African Central Bankers will discuss in the next 7 days - MyJoyOnline.com

What African Central Bankers will discuss in the next 7 days 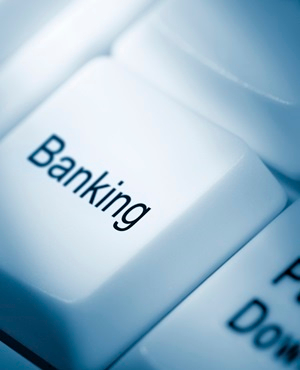 Central bankers in Africa’s largest economies will consider very different conditions when deciding on interest rates over the next seven days than they did two months ago, and will mostly come to the same conclusions.

Since the Monetary Policy Committees last met, Ghana’s currency slumped, Nigeria concluded its election, South Africa announced higher-than-expected power-price increases and a Kenyan court set aside a law that caps borrowing costs. All of them are forecast to keep their policy rates unchanged.

Here is a round-up of what these MPCs may focus on in the next seven days:

With Nigeria’s election done, the vote-related spending that pushed inflation up from a 30-month low is probably also a thing of the past. The focus turns to boosting an economy that the International Monetary Fund estimates will expand only 2 percent this year. Governor Godwin Emefiele is forecast to hold the key rate at a record high, where it’s been since July 2016, to tackle price growth. Inflation remains above the central bank’s target range of 6 percent to 9 percent.

The market has “already priced in some measure of monetary easing in the second quarter,” said Omotola Abimbola, a macro and fixed-income strategist at Chapel Hill Denham. That’s based on the central bank’s use of open-market operations to rein in liquidity and protect the naira.

A court ruling this month annulled a law limiting the interest rate lenders can charge consumers, but implementation of the annulment has been suspended for 12 months. So the judgment about interest-rate caps, which Governor Patrick Njoroge has said complicated monetary-policy transmission, should have little sway on the MPC’s decision.

While Kenya’s inflation rate is at a six-month low, a drought that’s left more than a million people in need of food aid could boost price growth, limiting room for cuts after the MPC held the rate at its last three meetings.

“We see little scope for further rate easing in this cycle, nor is it likely to be needed given the economy’s recovery trajectory,” Razia Khan, the chief economist for Africa and the Middle East at Standard Chartered Bank Plc, said by email. “We think the next move in interest rates is up, and forecast a 50 basis-point hike at the September MPC meeting.”

South Africa’s inflation rate stayed below the 4.5 percent mid-point of the central bank’s target band for a second month in February. While electricity costs will increase by more than the MPC assumed in its January price-growth forecasts, it’s not enough to trigger more policy tightening in an economy still recovering from last year’s recession and reeling from rolling electricity blackouts.

The central bank’s inflation forecast of 5.3 percent for next year means there’s no option for a cut, but there’s also no scope to increase rates because economic growth is under pressure, Elize Kruger, a senior economist at NKC African Economics, said by phone.

Egypt surprised markets with a 1 percentage-point cut in interest rates at its February meeting, capitalizing on improving growth, a continuing resurgence in foreign inflows into domestic debt and an appreciation in the pound to what was, at the time, a two-year high against the dollar.

However, an acceleration in headline inflation for a second straight month in February complicates Egypt’s shift toward a cycle of monetary easing. Economists are divided over whether the central bank will take advantage of pound strength and robust inflows to cut again, or keep rates unchanged to avoid quickening inflation as the country heads toward the Muslim fasting month of Ramadan, when food prices can rise.

Policymakers in the southern African nation will probably keep the BNA rate on hold while focusing on normalizing foreign-exchange supply and reforms aimed at attracting more international investment, according to Phumelele Mbiyo, an economist at Standard Bank Group Ltd.

Ghana’s $3 billion Eurobond issuance last week helped the cedi pare some of the losses that followed the central bank’s surprise rate cut in January and caused the currency to weaken as much as 16 percent against the dollar.

While there have been talks about reversing January’s easing, such a move “would confuse the market and will most likely only be implemented if the government needs to entice more foreign inflows,” Celeste Fauconnier, an Africa analyst at FirstRand Group Ltd.’s Rand Merchant Bank unit, said in a report. “The cedi’s comeback has also been aggressive enough for authorities to take a step back and assess the effects of the recent market turmoil.” The currency has weakened 3.3 percent against the dollar this year.

“Inflation is within the target range of most African central banks but the weakening of the cedi following the Bank of Ghana’s rate cut in January is a warning that many economies are vulnerable to a weakening of financial flows. We expect central banks to stay on hold in March but highlight upside risks to inflation.”