Why Guatemala is the best backpacking country in the world

Sandwiched between Belize, Mexico, El Salvador and Honduras, Guatemala encapsulates all that is magical about Central America. With smoke-spewing volcanoes, emerald-green lakes, wild rainforests, ancient Mayan ruins and unique indigenous cultures, Guatemala is the type of country you visit once and fall in love with forever. Here are 13 reasons why Guatemala is the best backpacking country in the world. 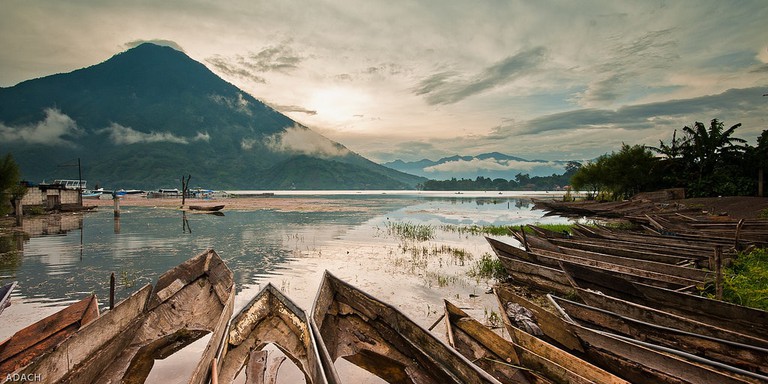 No trip to Guatemala is complete without a visit to Lake Atitlan, described by Lonely Planet as ‘the closest thing to Eden on Earth’. Situated in the Sierra Madre mountains and encircled by fern-covered valleys and towering volcanoes, the lake is big, deep and mysterious. With seven traditional Mayan towns around the lake perimeter and countless things to do, you could spend weeks here and never want to leave.

Antigua is one of Guatemala’s most popular tourist destinations and it’s easy to see why. Surrounded by three dramatic volcanoes and packed with colonial charm, stunning baroque architecture, excellent restaurants, buzzing bars and mesmerising markets, Antigua is one of the most beautiful and fascinating cities in Latin America. Its popularity has made it a firm favourite on the backpacker trail, so if you’re looking to make some friends while you travel, this is the place to come.

You Can Hike Up Active Volcanoes

Guatemala is famous for its abundance of volcanoes, many of which are still active. Snapping pictures with a volcano looming dramatically in the background will please most backpackers, but in Guatemala you can go one better and hike up an active volcano. Pacaya Volcano by Antigua is the most popular trek with backpackers; it last erupted in 2015, and spews of thick smoke still stream from the summit. You can climb it in one afternoon, and when you reach the lunar-like peak, you can toast marshmallows on the still-hot rocks. 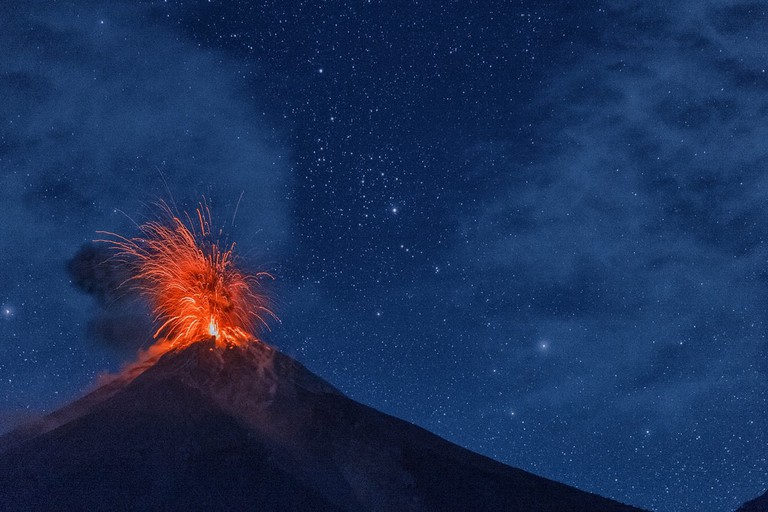 Thanks to the clear accent and slow speech patterns, Guatemala is known for being one of the best places in the world to study Spanish. Antigua is considered the real ‘language town’, but Guatemala City and Lake Atitlan also have many well-regarded language schools and courses to suit every schedule and budget. Whether you want a few hours of lessons to brush up on your speaking skills or an intensive course, learning Spanish is a great way to get to know the local people and customs.

The Food Is Delicious

Guatemala may not be especially celebrated for its food, but anyone who has travelled through Central America will know that its cuisine packs a serious punch. With its Mayan culture merging with Spanish traditions, the cuisine here is far more flavoursome and complex than in some of the neighbouring countries. Whether it’s super-fresh street-food from the markets or gourmet vegetarian restaurants, Guatemala’s cuisine will delight even the most discerning foodie. 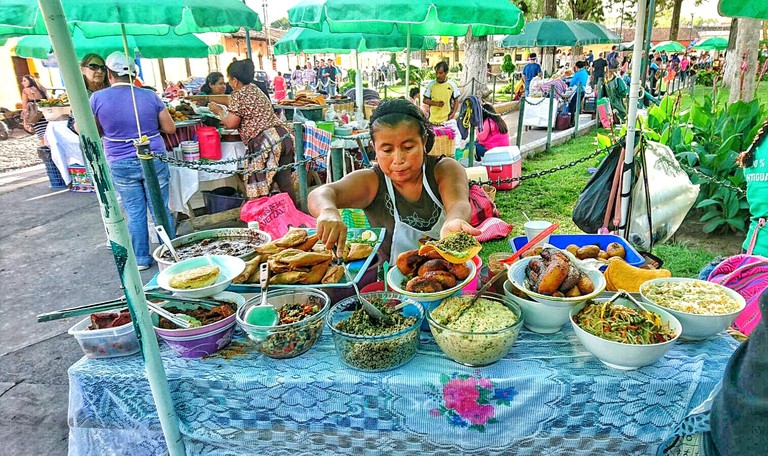 The People Are Wonderful

Guatemalans are some of the warmest, friendliest and most welcoming people in the world. Whether you can speak Spanish or not, locals go out of their way to make you feel comfortable and greet you like an old friend. Nearly everyone you pass in the street will give you a smile and nod, and if you have a question or a problem, you’ll be overwhelmed by the response.

If you’re interested in architecture – and even if you’re not – Guatemala’s spectacular colonial buildings will leave a big impression. Antigua is the jewel in the architectural crown, and walking along its cobbled streets is like stepping back into the days of the Spanish Empire. Every time you turn a corner you have to fight the urge to pull your camera out, because the colourful baroque architecture and cobbled streets are so picturesque and incredibly well preserved. 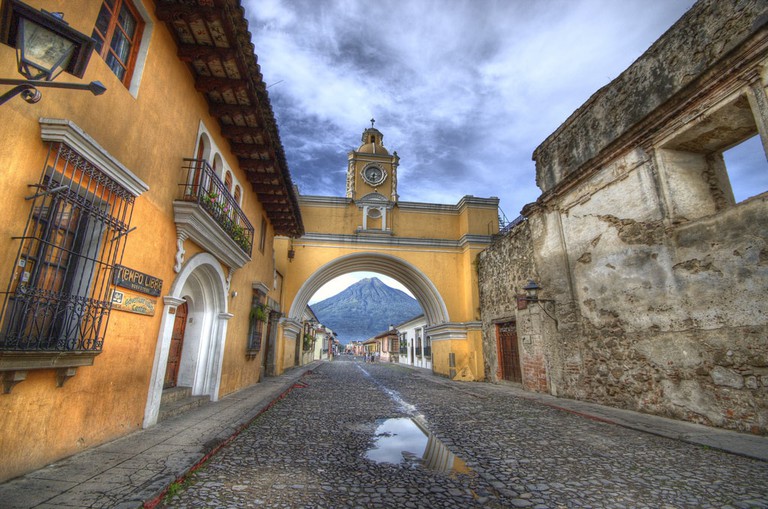 It’s the Birthplace of Chocolate

Travellers with a sweet tooth will love getting their fix in Guatemala. Considered the birthplace of chocolate, there are many interesting chocolate museums in Guatemala City and Antigua that will teach you all about this country’s love affair with the humble cacao bean. But it isn’t all educational: Guatemala is packed with tempting chocolate shops, where you’ll want to buy everything.

It Has the Best Souvenirs

If you’re a backpacker, chances are you like to pick up some souvenirs and trinkets when you travel, and if you’re on a budget, Guatemala yet again delivers. The vibrant markets here are bursting with colourful textiles, ornate handicrafts and pretty woven garments, so buying a few things to take home is a must. Best of all, Guatemala is very cheap, so you’ll be able to fill your case with treasures for far less than you’d think. 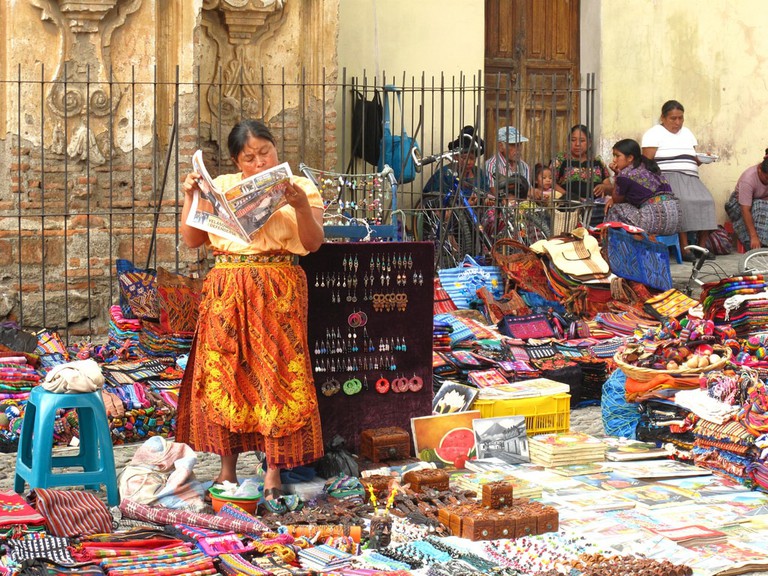 Guatemala is one of the cultural hubs of Latin America, and thanks to its dramatic landscape, artists have long flocked here for inspiration. For such a small city, Antigua has an unusually long list of interesting art galleries, each one offering something a bit different. There’s no shortage of celebrated local artists, and the galleries here are some of the best in Central America.

It’s the Home of Tikal

Located deep in the rainforest in Guatemala’s Peten region, Tikal was the most prosperous city of the Mayan Classic Period, and its vast causeways and towering pyramids draw visitors from all over the world. These jungle-shrouded limestone buildings look like something from an Indiana Jones movie, and even today, this ancient kingdom is cloaked in mystery. Visitors to Tikal can climb to the top of the temples and enjoy unrivalled views of the national park, with the tops of pyramids peeking through the rainforest canopy. 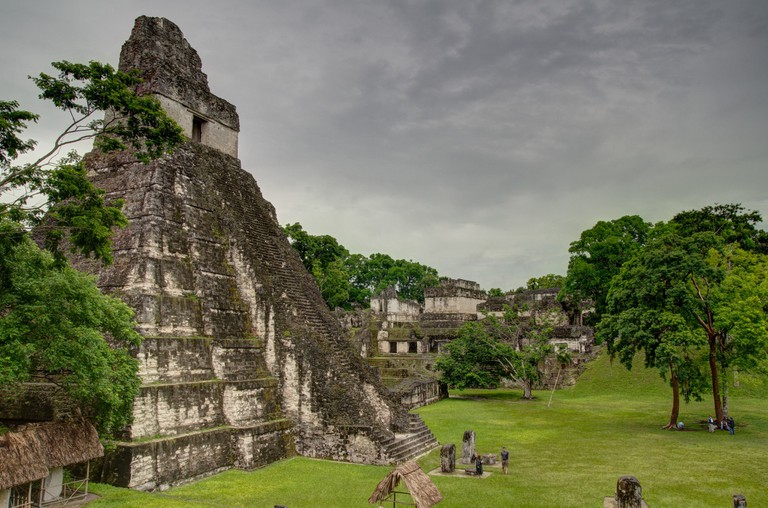 Coffee lovers are just as well catered for in Guatemala as chocoholics. The volcanic highlands of Guatemala provide the ideal climate for growing coffee, and the beans produced here are some of the best in Latin America. One popular activity for backpackers is visiting a coffee plantation, where you can learn all about the coffee-making process and purchase some mouthwatering fresh coffee from local farmers.

With a long history that merges Mayan traditions with Spanish culture, Guatemala is one of the most fascinating countries in the world. Walking around its colonial cities or Mayan villages can be a history lesson in itself, but if you’re looking to dig a little deeper, there’s plenty to keep you occupied. Guatemala has many excellent museums, and whether you want to learn about chocolate, music or antique weaponry, there’s something for everyone.