Women accuse FIFA of discrimination over turf in Canada - MyJoyOnline.com

Women accuse FIFA of discrimination over turf in Canada 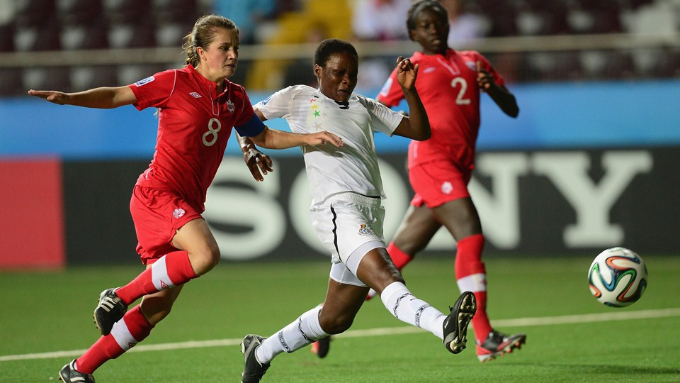 Dozens of the world’s top female soccer players are suing governing body FIFA for discrimination over plans to stage matches at next year’s Women’s World Cup in Canada on artificial turf.

A lawsuit, lodged by the players against FIFA and the Canadian Soccer Association at the Ontario Human Rights tribunal, argues that matches at the men’s World Cup are always played on grass.

The suit accuses FIFA and the CSA of “engaging in discrimination against female players,” saying that next year’s tournament will “take place on literally unequal playing fields,” as compared to the men’s.

“Instead of the natural grass surfaces on which all prior men’s and women’s World Cups have been played… CSA and FIFA have directed that the upcoming women’s tournament be played on artificial turf,” said the filing.

The players say that requiring them to play on a “second-class surface” would “fundamentally alter” their style of play, would subject them to injuries, and devalues their “dignity, state of mind and self respect.”

They concluded in their submission saying this differential treatment is against Canada’s human rights laws.

The plaintiffs include reigning FIFA Player of the Year Nadine Angerer of Germany, 2012 Ballon d’Or winner Abby Wambach of the United States, as well as players from Australia, Brazil, France, Japan, Mexico, South Korea and Spain.

They asked the rights tribunal to order FIFA and the CSA to install grass over artificial turf at stadiums in several Canadian cities that will host the tournament, or move the games to stadiums with grass pitches.

A CSA spokeswoman, Michele Dion, told AFP the organization would review the complaint before commenting publicly.