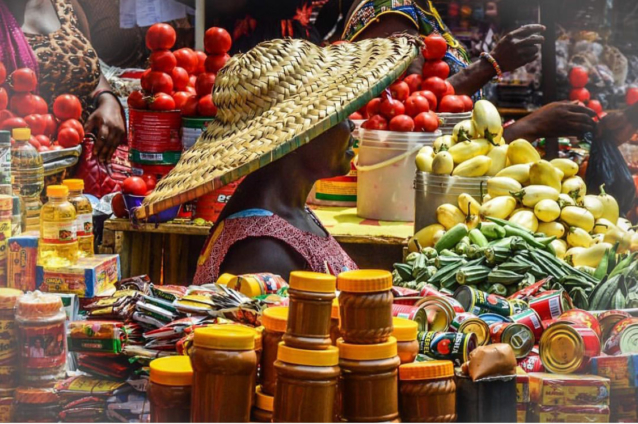 Ghana’s inflation rate will end this year at 9.8% in line with the Bank of Ghana’s target of 8% +/-2, according to the Africa Pulse Report by the World Bank.

The expected 9.8% inflation rate means average change in price of goods and services will be marginal from now till the end of the year. Inflation surged to 9.7% in August 2021 due to increase in food and transport prices.

According to the World Bank, the recent surge in inflation is due to a weaken cedi coupled with a rise in food prices.

However, inflation will decline further next year, signaling a reduction in interest rates.

“In Ghana, weak domestic currency combined with a rise in food prices pushed headline inflation from 9% year-on-year in July to 9.7% in August 2021, slightly closer to the upper bound of the official target band of 6 to 10%. It is estimated to remain close to the upper bound at 9.8% in 2021 and gradually decrease to 6.8% in 2023.”

“In the West and Central Africa sub-region, inflation in Nigeria remained high at 17.4 percent year-on-year in July 2021, although it has been decelerating slightly for the past four consecutive months. The average inflation for this year is projected at 16.5%, way above the official target band of 6 to 9%”, the report explained.

But despite inflation being lower in Ghana than Nigeria, cost of loans in Nigeria is less expensive than in Ghana.

According to the Africa Pulse Report, inflation rates have remained relatively under control across many countries in Africa.

For instance, 35 out of 47 countries had single-digit rates of consumer price inflation last year, and the number of countries is estimated to increase to 38 in 2021.

At the same time, the report stated that the expectation of low interest rates for a longer period in advanced economies is enabling African central banks to keep an accommodative monetary policy.

Higher cost of certain foodstuffs and housing pushed the rate of inflation for the month of August to 9.7%, data from the Ghana Statistical Service indicates.

However, it still remained in the single digit bracket despite the consistent upward trend in the prices of some foodstuffs and housing.

DISCLAIMER: The Views, Comments, Opinions, Contributions and Statements made by Readers and Contributors on this platform do not necessarily represent the views or policy of Multimedia Group Limited.
Tags:
Africa Pulse report
Ghana's inflation rate
Interest rates
World Bank