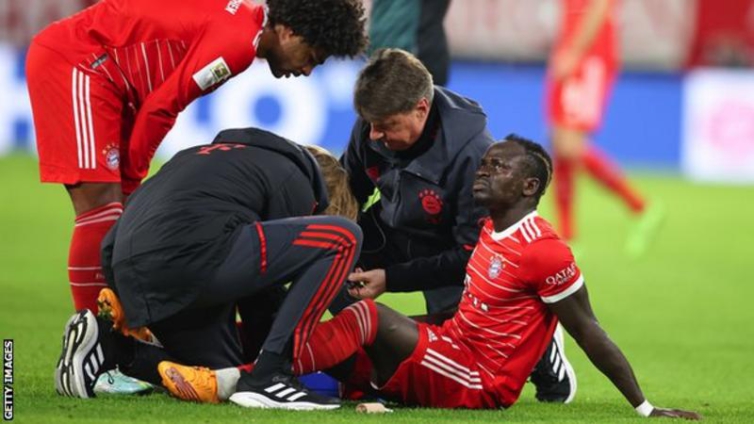 Former Senegal international El Hadji Diouf has backed Teranga Lions star Sadio Mane to deal with the disappointment of being ruled out of the World Cup finals.

Mane, a key player for the West Africans who was runner-up in this year’s Ballon d’Or, will not feature in Qatar after having an operation on a leg injury.

“We are all sad because we would love to see Sadio playing this World Cup and Sadio was doing everything to get ready for this World Cup,” said Diouf, a two-time African Footballer of the Year.

“All big players want to shine in the World Cup but things can happen. We are going to work without him and we’re going to do everything to make him proud.

“I think Sadio’s going to be stronger when he comes back.”

African champions Senegal play their first Group A game against the Netherlands on Monday, with matches against hosts Qatar (25 November) and Ecuador (29 November) to follow.

Diouf, who was part of the Senegal squad which reached the quarter-finals of the 2002 World Cup, is still positive about the side’s chances of progressing to the knock-out stages without Mane.

“Our first objective is to pass the first round and after the first round we’re going to talk again together to see what we can do,” the 41-year-old, who is in Doha as Senegal’s team ambassador, added.

“I know some teams don’t want to play Senegal because we have a good team [with] experienced players.”

Former Liverpool forward Diouf says he talks to Mane “every day” and thinks the Bayern player could yet travel to Qatar once he has recovered from his operation to offer his support in person.

“Before we play, he is going to call his team-mates and talk to them,” Diouf said. “Why not come to be with them?”

The news Mane would miss the World Cup was greeted with sorrow in Senegal, with newspaper Stades running the headline ‘Senegal cries as Mane is ruled out’ in Friday’s edition and fellow daily Record saying African football is in “shock”.

The country’s President Macky Sall was among those to offer their support to Mane on social media.

“I wish a speedy recovery to Sadio Mane after his withdrawal from the [World Cup]. Health before all. You will come back even stronger!” Sall tweeted.

Senegal midfielder Mamadou Loum N’diaye said the squad will “give it all for Sadio and the Senegalese people” while third-choice goalkeeper Alfred Gomis said the squad remained united on Instagram.

“Big things aren’t done by one person but by a whole group. To realise huge feats, we need a team of brothers,” he posted.

DISCLAIMER: The Views, Comments, Opinions, Contributions and Statements made by Readers and Contributors on this platform do not necessarily represent the views or policy of Multimedia Group Limited.
Tags:
El Hadji Diouf
Qatar 2022 World Cup
Sadio Mane