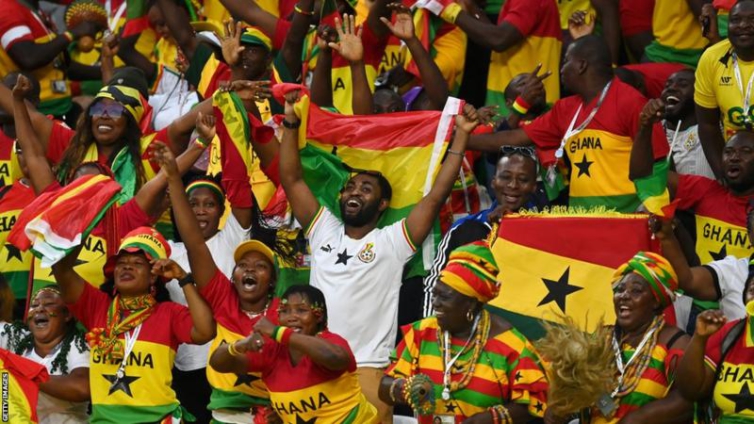 After two rounds of games, Africa’s five World Cup representatives now know what they need to qualify for the last 16 in Qatar.

Three sides from the continent have their destiny in their own hands going into the final round of group games, but two others need to win and then hope other results go their way.

If two sides finish level on points, final group standings will be decided by goal difference, then goals scored before head-to-head results and fair play records come in.

If records are still identical, lots will be drawn – and if the latter sounds far-fetched, do not forget that Senegal became the first side to be eliminated on fair play in Russia four years ago.

Ghana held their nerve to beat South Korea 3-2 on Monday and secure a vital three points after a defeat by the same scoreline to Portugal in their opener.

Monday’s win keeps the Black Stars’ fate in their own hands, and while a draw could be enough if Portugal beat South Korea, the West Africans know that victory over Uruguay in their final match on Friday (15:00 GMT) will see them through.

The prospect of knocking out Uruguay at the same time adds further spice to a tie already smothered in it since the game is a rematch of the 2010 quarter-final, which saw Ghana narrowly miss out on becoming the first African side to reach the semi-finals.

In an unforgettable clash, Uruguay’s Luis Suarez was sent off deep into extra-time for a handball on the goalline to stop a certain goal – prior to Asamoah Gyan missing the resulting penalty, and the South Americans going on to win via a shoot-out.

Suarez could again feature as one of three survivors from the Uruguay starting XI from that match in Johannesburg, while Andre Ayew is the only member of Ghana’s 2010 squad in Qatar – even if he did not feature in the last eight matches in South Africa.

“It will be very difficult but I’m not a guy that thinks much of revenge,” coach Otto Addo said.

“It was a really, really long time ago. I am a strong believer if you don’t seek too much revenge on these kind of things, sometimes you get the blessings.”

Senegal – Win needed, but draw could do

The equation is fairly simple for the African champions – the Teranga Lions must beat Ecuador on Tuesday (15:00 GMT) to be sure of progressing from Group A, while the South Americans need just a point to go through themselves.

Senegal could go through with a draw but only if the Netherlands lose to Qatar, which seems unlikely, by a margin of three goals – or a margin of two goals and Senegal outscore the Dutch by a goal.

Given the hosts have lost both their games so far, Aliou Cisse should not count on such a favour and has promised “not to overthink the game” against Ecuador.

“We understand that winning will allow us to continue the adventure and that’s what we want to do,” Cisse said. “We are OK, we are dealing with pressure and stress. For me, it is good stress.”

Tunisia – Three points may not be enough

Tunisia are up against it as the Carthage Eagles sit bottom of Group D after a goalless draw with Denmark preceded a 1-0 defeat by Australia.

The North Africans have to beat defending champions France, who are already assured of a last-16 place and must score their first goal in Qatar on Wednesday (15:00 GMT) to have any chance of doing so.

Even then, that will not be enough if Australia beat Denmark.

Tunisia will progress on goal difference if they win and Australia-Denmark ends in a draw, but a win for Denmark would see it come down to goal difference, goals scored or even, possibly, the fair play record.

Tunisia were the first African country to win a game at the World Cup when they beat Mexico 3-1 in Argentina in 1978, but they once again look set to fail to reach the knock-out stages – for the sixth time out of six.

Morocco – One point will do

Sunday’s stunning 2-0 victory over Belgium leaves Morocco in a strong position in Group F, with four points from two games.

A draw in their final match against Canada on Thursday (15:00 GMT) will be enough to reach the knock-out stages for just the second time, and first since topping their group in 1986.

Morocco could win the group if they win and Belgium beat Croatia in the other match – or if the Atlas Lions and Croatia are both victorious and the North Africans better Croatia’s margin of victory by two goals.

“We’ve matched two of the best teams in the world,” coach Walid Regragui said. “Of course it will be tougher if we get to the knockout stage but that’s the level I want to get to.

“With these fans, with these players and this spirit we can do anything. The competition is not over, we have to recover quickly for the game against Canada.”

Cameroon – Win and … hope for the best

The Indomitable Lions seemed to be crashing out early when trailing Serbia 3-1 with half an hour left in their second group game, but a Vincent Aboubakar-inspired comeback saw the Central Africans draw 3-3 and live to fight another day.

Similar to Tunisia, Cameroon need a victory against one of the heavyweights of world football – in this instance, five-time World Cup winners Brazil themselves – in their final game on Friday (19:00 GMT).

The Brazilians are already through to the last 16 but for Cameroon, like the North Africans, a win may not be enough depending on the result of the Serbia-Switzerland game.

“It is possible to beat Brazil,” coach Rigobert Song said. “We believe in ourselves, we did not come here to just go through the motions. Cameroon still has a contribution to make to this tournament.”

DISCLAIMER: The Views, Comments, Opinions, Contributions and Statements made by Readers and Contributors on this platform do not necessarily represent the views or policy of Multimedia Group Limited.
Tags:
African teams
Round of 16
World Cup 2022