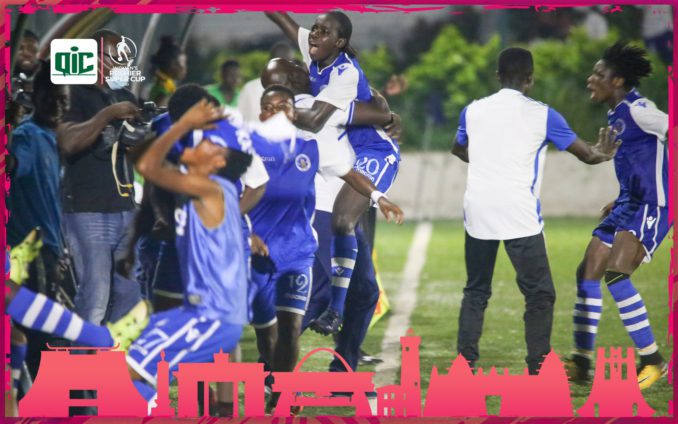 Chairperson of the Women’s Premier League Super Cup Committee, Barbara Asher Ayisi has reached out to individuals and corporate Ghana to step in with support for women’s football following the successful organisation of the maiden edition of the WPL Super.

The two-week competition came to an end of Sunday, December 5, with Hasacas Ladies beating Ladystrikers with a 3-2 scoreline in the final to lift their fourth silverware of the year.

Following their campaign in the maiden edition of the CAF Women’s Champions League where they finished second, Hasaacas Ladies have called on the government to honour them with a package but are yet to receive any since their return.

Asked if now is the time for the government to acknowledge women’s football and the Hasmal Ladies, Barbara Ayisi told Joy Sports: “Not necessarily the government. All hands must really be on deck. We want the corporate organisations, individuals, philanthropists, to all come on board.”

“It is about Ghana, because when they go [to Africa] and perform well, it gives us a certain image. So, we have to support them, not just the government. The government will have to do its bit because definitely the government has to support. But other organisations will also have to come on board so we create a brand that will make it very attractive for other people to also support.”

The 2021/22 Women’s Premier League is expected to start in the next week and preparations are already being put in place.