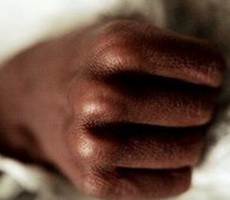 A joint Lancet and Imperial College London review found poor countries were being given devices they could not use or maintain.

It said richer nations should aim their efforts at lower-cost equipment tailored for the developing world.

Research has shown 40% of devices in poor countries are out of service, compared to 1% in the developed world.

Donated medical equipment is one of the key sources of supply for developing countries, with some nations relying on aid for up to 80% of their infrastructure.

But the researchers gave several examples of equipment being donated that was just not suitable.

A Gambian hospital was once handed oxygen concentrators, devices used to deliver high concentrations of oxygen to patients, that did not have a voltage compatible with local electricity supplies.

On another occasion a hospital in Nicaragua was given lights for an operating theatre, but they could not afford the bulbs.

The report said rich nations should focus their efforts on what they called “frugal technologies”.

These include things such as the Jaipur foot, a rubber prosthetic for people who have lost their leg below the knee.

Its design allows users to walk on uneven surfaces without a shoe.

Another suggestion was single use needles to reduce infection rates through needle re-use.

Peter Howitt, one of the report’s authors, said: “We need to remember that most health technology is designed for an environment with high spending on health, a reliable energy supply and large numbers of trained healthcare professionals.

“It is not always appropriate for the developing world.”

But the report did urge rich nations to consider making more use of mobile telecommunications, pointing out that while basic services such as sanitation remained a problem, many people had access to phones.

It said things such as smoking cessation and disease surveillance could be done via mobiles.