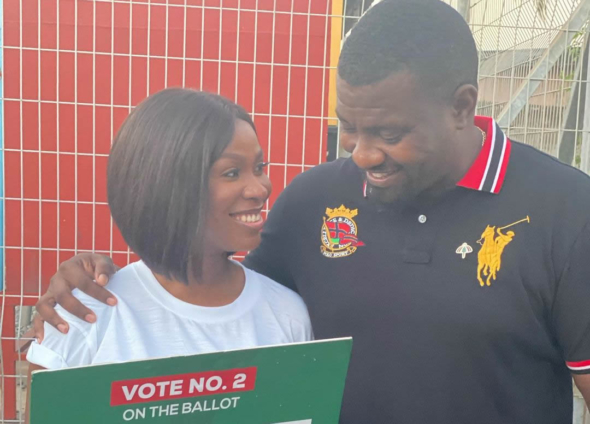 John Dumelo and his wife Gifty

The wife of John Dumelo has applauded him for making an effort to change people’s lives while vying for the Ayawaso West Wuogon parliamentary seat.

“You have really raised the status quo and you know what, you deserve a standing ovation. Congratulations on such a spectacular performance and making history in Ayawaso West,” she wrote.

Gifty Dumelo stated that this loss does not signify the end of her husband’s journey in politics.

“So babe dust it off and move with your head so high like a king and a leader that you’ve been ordained to be.

“You are an inspiration to many and your hard work and determination are apparent to all. You are a winner and will always be.”