‘You don’t compare F1 with karting’ – Benzema on Giroud comparisons 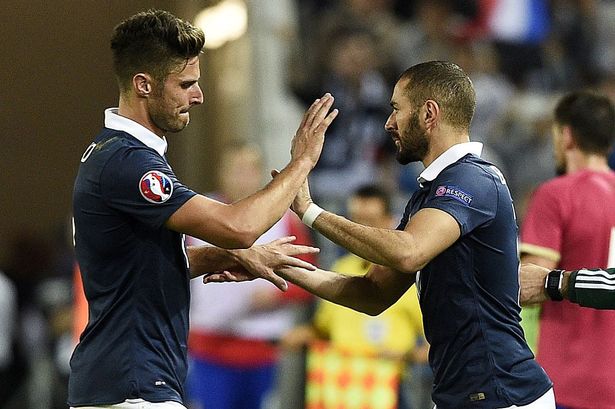 Karim Benzema has dismissed comparisons that have been made between the Real Madrid forward and Olivier Giroud, calling the Chelsea star a go kart.

Giroud led the line for France as Les Bleus won the 2018 World Cup in Russia, with Benzema exiled from the French squad after he had been accused of blackmailing his former team-mate, Mathieu Valbuena.

The former Arsenal forward has scored 39 goals in 93 appearances for France, placing him behind only Thierry Henry and Michel Platini on the nation’s all-time scoring chart.

However, during an Instagram live the Real Madrid forward dismissed comparisons between the two.

“You don’t compare Formula 1 with karting, and I am being nice,” Benzema said on Instagram Live .

“It works because he is there, that is the only reason. It won’t be spectacular, he won’t do something amazing, but he has his thing.

“Aside from that, does everyone like the way he plays? I don’t know.”

Benzema scored 27 goals in 81 games but has not represented his country since 2016.