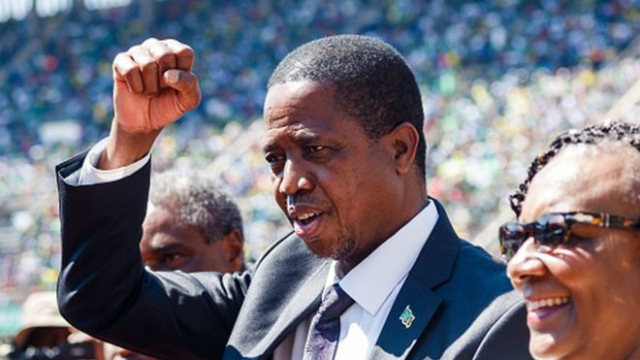 The US ambassador to Zambia has said he has been threatened over his comments on the sentencing of a gay couple, deepening a diplomatic row.

Daniel Foote said he was “horrified” by the jailing of Japhet Chataba and Steven Samba.

A judge quashed an appeal against their conviction last week, sentencing them both to 15 years in prison.

Mr Foote implored the Zambian government to review the case and its homosexuality laws, but has since faced a backlash for doing so.

On Monday Zambian President Edgar Lungu rebuked the ambassador, saying his government will complain to the Trump administration.

The president’s outrage was echoed by Zambian Foreign Minister Joseph Malanji, who said Mr Foote’s remarks were “tantamount to questioning the Zambian constitution”.

Mr Foote, US ambassador to the southern African country since December 2017, responded to the furore in a press statement on Monday.

The career diplomat said he had cancelled scheduled appearances at World Aids Day events on Tuesday “because of threats made against me” on social media. 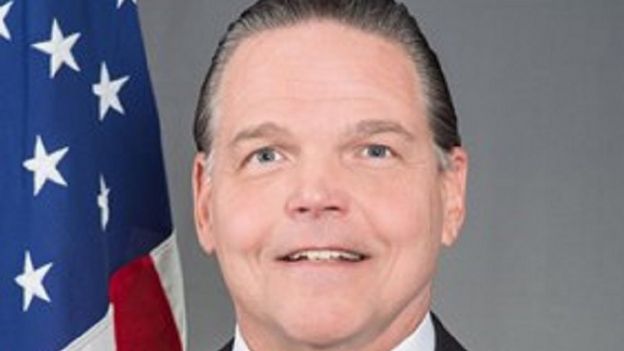 Daniel Foote, US ambassador to Zambia.

“I was shocked at the venom and hate directed at me and my country, largely in the name of ‘Christian’ values, by a small minority of Zambians,” Mr Foote said.

He denied accusations that his comments amounted to interference in Zambia’s judiciary and constitutional affairs.

“It is up to Zambian citizens and the courts to decide if your laws correspond to your constitution, but your constitution itself provides every person the right to freedom and expression of conscience and belief,” he said.

“I expressed my belief about a law and a harsh sentencing I don’t agree with. I didn’t interfere in internal affairs.”

In an interview with Sky News, Mr Lungu mounted a combative defence of Zambia’s homosexuality laws.

“Even animals don’t do it, so why should we be forced to do it?… because we want to be seen to be smart, civilised and advanced and so on,” he said.