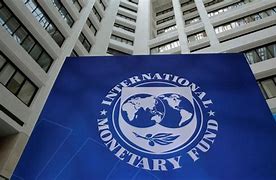 19 of the Sub-Saharan Africa region’s 35 low-income countries are in debt distress or at high risk of distress, the International Monetary Fund has stated in its October 2022 Regional Outlook Report.

Out of the other 10 countries in the region, the Fund said three have faced spreads of more than 1,000 basis points at some point over the past six months. The three are Angola, Nigeria and Gabon.

The Fund however did not mention the names of the 16 countries. But, those with a ratio of high debt-to-Gross Domestic Product (GDP) are expected to be part of the countries that are in debt distress or at high risk of distress.

On public debt, the Fund said the regional indebtedness is now approaching levels last seen in the early 2000s before the impact of the Heavily Indebted Poor Countries Initiative, though with a different composition.

It further explained that the substitution of low-cost, long-term multilateral debt with higher-cost private funds has resulted in rising debt-service costs and higher rollover risks.

“About half of the countries are expected to undertake some consolidation this year—regionwide deficits are projected to narrow by about ½ percent of Gross Domestic Product (GDP) after a larger consolidation of about 1¼ percent in 2021, bringing average debt at end-2022 down to around 55% of GDP. Approximately one-third of the region’s economies now have debt levels above 70% of GDP”.

The Fund also said the global financial conditions are set to become less forgiving, saying, much of the current debt has been contracted during a period of historically low-interest rates.

“Looking ahead, as global policy rates normalize, financial conditions will continue to tighten, adding to external borrowing costs and weighing on sub-Sahara Africa’s debt dynamics. Over the next few years, already-high interest payments are projected to increase as a proportion of revenue, exceeding 50% in some cases and far surpassing the burdens seen in other regions”.

During the most recent turmoil, for example, the Fund stressed that sovereign spreads fluctuated widely, disrupting the plans of some countries that had aimed to issue during the year.

DISCLAIMER: The Views, Comments, Opinions, Contributions and Statements made by Readers and Contributors on this platform do not necessarily represent the views or policy of Multimedia Group Limited.
Tags:
global financing
IMF
Nigeria
October 2022 Regional Outlook Report.