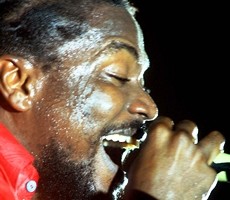 The list of nominees for the 2011 edition of the awards was released Thursday night at Taboo in Johannesburg, South Africa.

Interestingly, D-Black has to battle the award for that category with three other, Nigerian, artistes Naeto, Flavour, Asa and 2 Face.