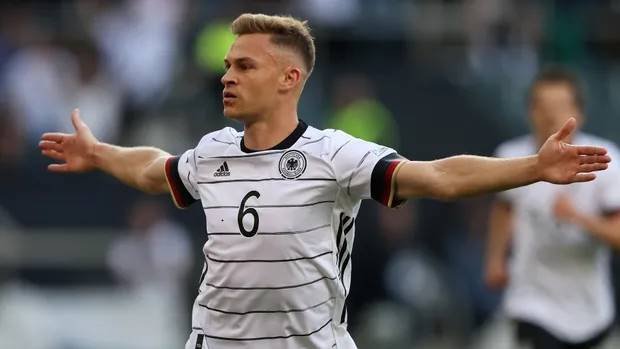 Germany will be looking to make amends for their performances at the 2018 World Cup when they travel to Qatar for this year’s edition of the tournament as they surprisingly finished bottom of the group stage last time around in Russia.

That was then followed up with another underwhelming display at Euro 2020, where England proved to be too strong in the round of 16.

That saw Hansi Flick replace Joachim Low at the helm, with the former Bayern Munich boss desperate to make an impact at his first major tournament as the main man.

The four-time World Cup champions have not been handed an easy draw, though, as they will have to deal with the likes of 2010 champions Spain, Asian powerhouse Japan and Concacaf representative Costa Rica in Group E.

STRONGEST XI
A 4-2-3-1 system is a familiar sighting with Flick in charge.

It’s more than likely to be Neuer’s last World Cup in goal as Muller falls in just behind Havertz in attack with Gnabry and Sane attacking from the wings.

Kimmich and Gundogan should provide the defensive stability in front of the centre-back pairing of Sule and Rudiger.

Klostermann slots in at right back, with Hoffenheim’s Raum on the opposite flank.

DISCLAIMER: The Views, Comments, Opinions, Contributions and Statements made by Readers and Contributors on this platform do not necessarily represent the views or policy of Multimedia Group Limited.
Tags:
Germany
World Cup