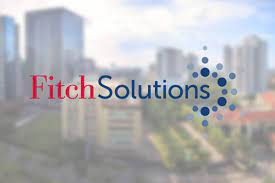 Research and market information firm, Fitch Solutions, expects Ghana’s revenue collection to improve significantly in 2023 on the back of an increase in the Value Added Tax (VAT) rate and other tax measures.

However, it is worried the expenditure estimate for next year is well above its 2022 target, despite its weak fiscal position.

Speaking on the outlook of the Ghanaian economy for 2023, a Senior Country Risk Analyst at Fitch Solutions, Mike Kruninger, expressed worry that the 2022 Budget was expansionary rather than contractionary and failed to address the weak economic fundamentals.

“Minister of Finance, Ken Ofori Atta, presented the 2023 Budget in late November [2022]. As we expected, the budget details a couple of pretty significant tax reforms in order to improve revenue collection including an increase in the Value Added Tax rate up to 15% from 12.5%. The Finance Minister also announced the introduction of a new income tax bracket of 35%, and given that income tax is a vital source for fiscal in-takes for government, we do expect these measures to boost revenue collection in 2023”.

“However, the 2023 budget was significantly more expansionary than we had anticipated”, he stressed.

Mr. Kruninger sad the government expenditure target for 2023 is way beyond target which may affect efforts to narrow the fiscal deficit.

“While the Minister of Finance did announce a couple of spending reforms including ‘high in-freeze’ of public servants and placing salary adjustments on state enterprises, he did not announce large-scale spending plans”.

DISCLAIMER: The Views, Comments, Opinions, Contributions and Statements made by Readers and Contributors on this platform do not necessarily represent the views or policy of Multimedia Group Limited.
Tags:
Expenditure
Fitch Solutions
Minister of Finance
Revenue
VAT