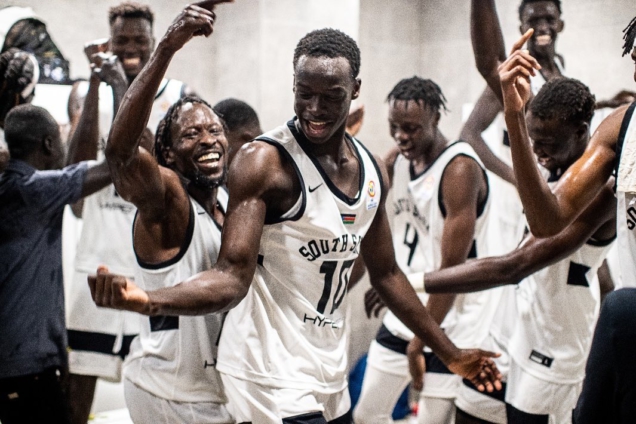 The second window of the 2023 FIBA World Cup qualifiers took place over the weekend, with eight of 16 African teams battling to book a spot in the next round of qualifiers.

South Sudan were the biggest winners of the weekend as the South Sudanese emerged as the only team with an unbeaten record in window 2.

In a group which was predicted to be dominated by Tunisia (reigning African champions) and Cameroon, it was South Sudan who were the highlight of the weekend recording back-to-back victories over the two countries. Those two wins were preceded by a 68-56 victory over Rwanda.

The entertainment in Group D was not any less as all teams bar Kenya, took points off one another to leave the group in a balance.

The group’s second game was a power clash between Senegal and Egypt.

Egypt were within six points of staging a comeback win versus Senegal with impressive lockdown defense, but with consecutive poor turnovers, they eventually caved in as Bamba Diallo (18) and Youssoupha Ndoye (17) – inspired by a noisy home crowd, recorded individual game-highs to seal a 75-57 win over the Egyptians.

Earlier, DR Congo emerged winners over Kenya and staked their claim to be the team to beat in Group D with a 62-57 win over Senegal. But they toppled down the group’s rankings after suffering defeat to an Egyptian side who were off the back of a 105-51 victory over Kenya. The Kenyans suffered the brunt of Egypt’s loss to Senegal.

Against Congo, the Egyptian defense which caved in under Senegal’s pressure, held its own and forced the Congolese to record their lowest scoring game all weekend.

Forward, Anas Mahmoud inspired the Egyptians to back-to-back victories over Kenya and DR Congo with a point tally of 28 from both games. However he had earlier recorded a game-high 18 points versus Senegal.

The qualifiers will resume in July.