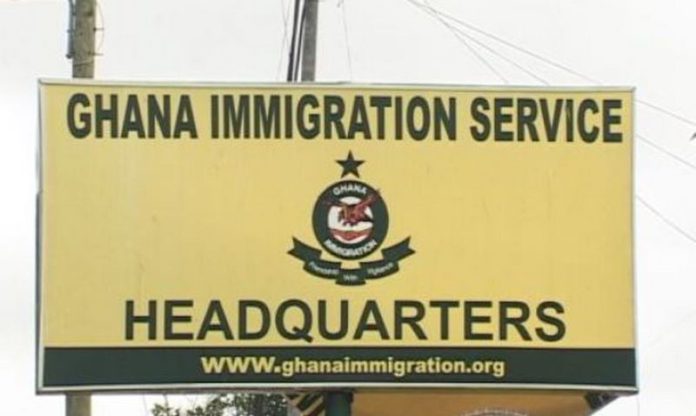 The Ghana Immigration Service has busted some 21 foreign nationals for entering into the country illegally.

In a press release signed by Inspector Ibn Yussif Duranah Abdul-Mumin Seidu, the Service stated that the nationals were arrested on Friday, September 3, at bout 7:30 am.

There were 19 Malians, one Guinean and one Nigerian who were on board a bus on the Wa-Accra highway.

“Onboard a Yutong bus with registration number GE 852 Z, the migrants were journeying to Kumasi and Accra respectively. Our preliminary investigation revealed that the migrants entered Ghana through unapproved routes.”

“The purpose for their migration included family visits, education and commercial,” parts of the statement read.

The migrants, the Immigration Service revealed comprised of 13 females and eight males between the ages of 19 and 54.

“They were screened at the Port Health authority before being handed over to the Burkina Faso authorities on the other side of the border,” the Service stated.

The Immigration Service added that they are focused, better positioned and determined to fight the menace of irregular migration, especially since the country is still battling Covid-19.

“So long as it remains a crime, we’re very determined to fight it. While the service appreciates the collaboration by the good people of the UWR in the performance of our legitimate duty, we call on the few unrepentant persons to get ready for us. They may run but they can not hide.”