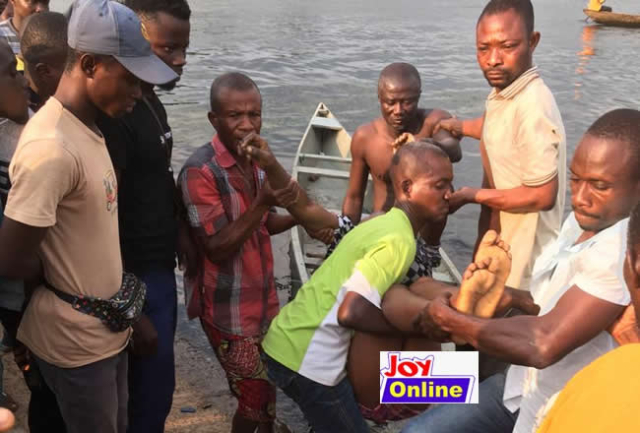 Four persons who were said to be on evangelism have died after their boat capsized on the Volta Lake Saturday.

Officials of the National Disaster Management Organisation (NADMO) who confirmed the incident said six others were rescued.

One other person is yet to be found.

NADMO said the canoe was conveying the 11 persons, believed to be members of the Assemblies of God church travelling from Senchi to Old Akrade in the Asuogyaman district of the Eastern region for evangelism.

“A few metres after they had set off, they realized the water was entering the boat so they decided to return but unfortunately the boat capsized,” she told Joy News’ Kofi Siaw.

The remains of the deceased have been transported to the VRA Hospital morgue.

Those who were rescued are also receiving treatment at the same health facility.