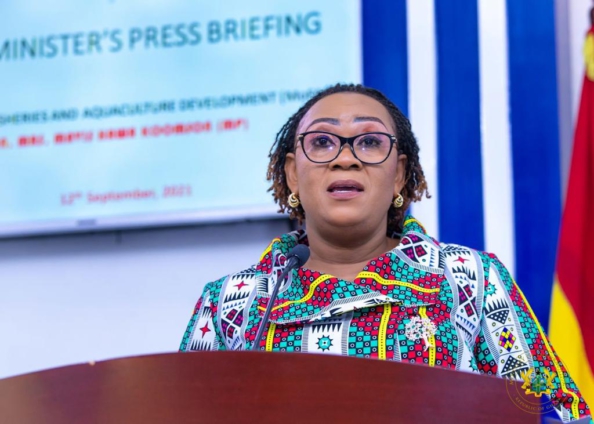 The Minister for Fisheries and Aquaculture Development has revealed that the government is acquiring four boats.

Mavis Hawa Koomson said these vehicles will help the security agencies guard the marine life and ward off fisher folks who aim to exploit the country’s sea waters illegally.

“The four patrol boats will be deployed in each of the four coastal regions; central, Greater Accra, Volta and Western Regions, for frequent inspection at sea, offshore and for prompt response to detecting infringements at the VMS centres,” the Minister explained.

She made these comments at the Information Ministry’s press briefing on Sunday.

Mrs Koomson was speaking about strides made by her outfit in improving the aquaculture sector.

She further explained that the acquisition of the boats will also accelerate the fight against piracy on the West African coast.

Addressing journalists in Accra, the Minister further indicated that a research vessel was also tabled to be procured to aid a scientific analysis of marine life.

“Research vessels are important means through which the condition and change in marine ecosystems and marine fish stock can be assessed to define allowable catch quantities.”

She believes the procurement will help bridge the current gap within the “fisheries sector’s ability to obtain marine data to support effective management of marine resources.”