40 student protesters detained after clashing with police in Belarus

At least 40 student protesters were detained in the Belarusian capital of Minsk on Tuesday after clashing with police, a local human rights watchdog reported, as demonstrations against President Alexander Lukashenko’s controversial reelection entered a fourth week.

Videos shared on social media and news agency images showed officers in camouflage and balaclavas striking students, and then dragging them away to be loaded onto vans. 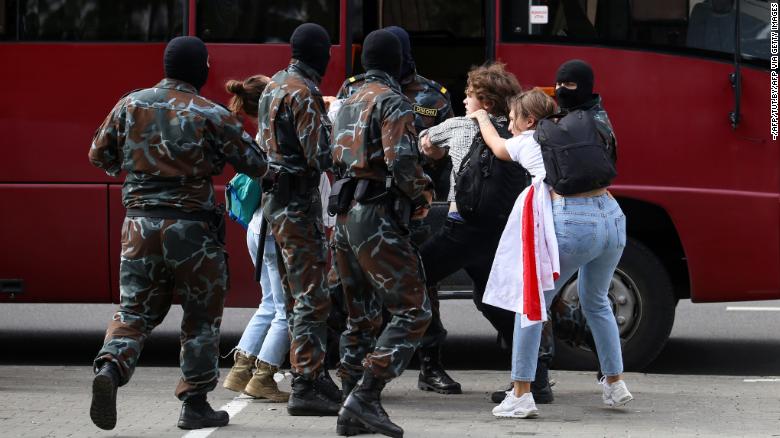 Security officers detain students during an anti-Lukashenko protest on Tuesday in Minsk.

Belarus erupted in mass protests last month over the August 9 election, widely believed by protesters to have been rigged to hand Lukashenko a sixth term.

Estimates by activists and local media suggest that between 3,000 to 5,000 students marched Tuesday to the city center’s Independence Square.

Much bigger protests of tens of thousands have taken place at the square in recent weeks. 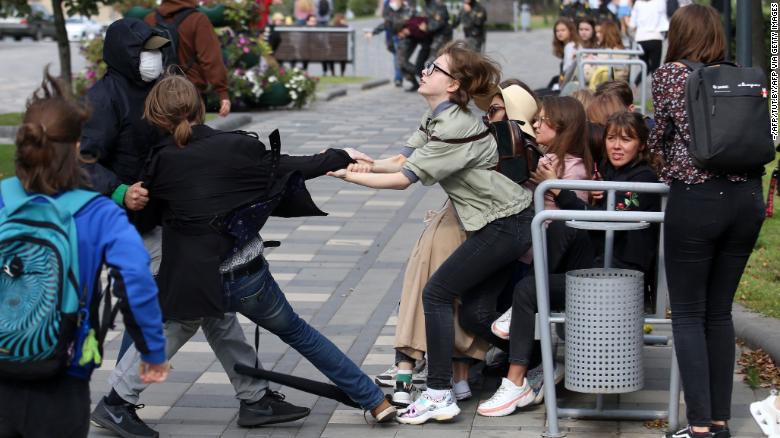 Students gathering to march against the Belarusian presidential election results in Minsk on Tuesday.

CNN has reached out to the Belarusian Ministry of Foreign Affairs.

The government has not commented on the latest protests, but during a visit to a university in the town of Baranovichi, Lukashenko brushed off the past month of unrest, saying, “This will all pass.” 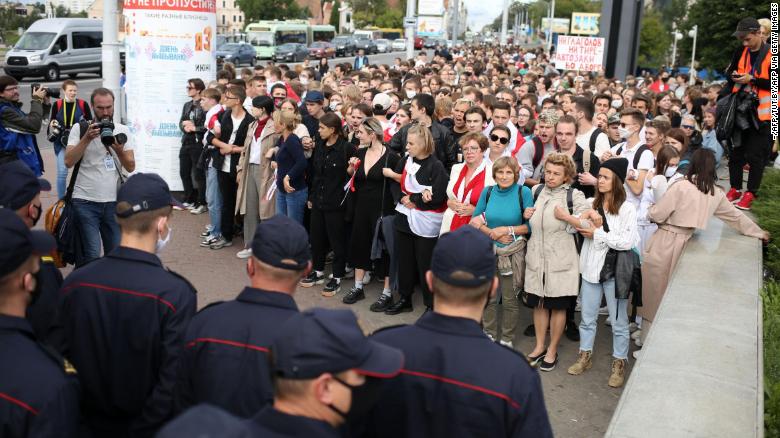 Following Lukashenko’s contested election win, 19 Belarusian journalists had their accreditation to work for the BBC and other foreign media outlets removed by authorities last week, while two Associated Press reporters were deported from the country, in a major clampdown on press freedom.

Often referred to as Europe’s last dictator, Lukashenko has ruled Belarus for 26 years.

Last month, the President responded to calls for his resignation by posting a bizarre series of videos of himself in a helicopter, flying over Minsk in riot gear, with a rifle hanging from his shoulder.