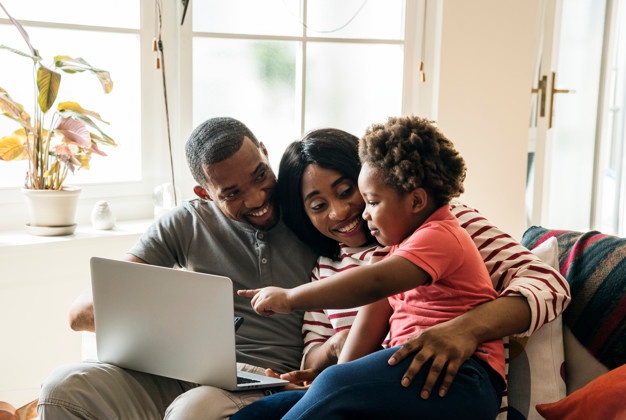 I’m one of those moms who wants her kids to be themselves, live their own lives, and not just be what I wish them to be.  Be a doctor! An artist! A truck driver! Whatever makes you happy.

We’ve been at this parenting thing for eleven years, so you’d think we’d be pretty good at knowing the correlation between kids and self-confidence, and building ours up.

But we often shoot ourselves in the foot by trying to build their self-confidence directly, instead of letting it happen organically.

Here are five ways you’re unknowingly destroying your child’s self-confidence, even if you think you’re doing the exact opposite by being helpful and ego-boosting.

1. You do things for them that they could easily do themselves.

It starts early. We all know the story on this one: You’re rushing to get to the grocery store, the post office, and the dry cleaners, and your little one is moving so slow.

You know the world isn’t going to end if you don’t pick up your cashmere sweater today, but somehow it’s in your head that everything needs to get done now because that’s how you planned it.

Instead of allowing your toddler to, er… toddle, you scoop them up and say, “See, this is the way people with legs do this thing called walking!”

2. You over-do instructions about what they can’t do for themselves.

OK, this is one we’re all guilty of in one way or another.

In an attempt to make our children feel good about what they can do (when we, the expert, can see quite clearly they cannot yet accomplish what they’re trying), we sometimes attempt to give them lots of aid when we see them struggling.

For example, my six-year-old is trying to learn to tie his shoes. It’s all well and good to give him lessons and tips (you know, the old “bunny ears” song and dance) and demonstrate a few times, but it’s probably no longer helpful when we lose our patience about why they aren’t getting it quick enough.

We start adding in things like, “Oh my God, it’s so easy! The bunny runs around the other one, jumps in the hole, and comes out the other side! Why aren’t you getting this yet?!”

There’s a natural tendency to answer for our young children when adults ask questions to our kids, who clearly aren’t interested in answering because they’re busy, you know, playing.

“Yes, little Lisa is having a wonderful day!”

But when does that become a handicap? When will your child learn to feel able and confident to speak to others, if not from the start?

Noticing my daughter’s shyness from an early age and wanting to help her overcome it at her own pace, I’d jump in and answer for her when someone asked her a question she didn’t want to answer. I didn’t want her to feel like she had to answer if she wasn’t comfortable (over-protective mommy!).

While completely well-intentioned on my part, she has now grown into a young woman who feels like she cannot or does not have to answer to anyone. Ever. Even her teachers. Because, you know, I’m not there to back her up anymore.

4. You try to live their life for them.

We all want our children to be successful and happy, and we all know that we need to let them pursue what interests them, not what interests us (or interested us as kids). But sometimes, if our children don’t seem to be interested in anything, it’s only natural that we start to push them into activities we think they might like.

The only problem is that we tend to think the things they might like are really the things we think they actually need, which we might sometimes not be so good at hiding.

For example, for my shy daughter, I thought drama, singing, or dance would be great options because they would help her break out of her shell. Even when she clearly had no interest and kept telling me that, I kept pushing my agenda until it was quite clear. There. Was. An. Agenda.

5. You try to influence their personality by comparing them to others.

This is probably one of the biggest no-nos for parents, and although we know that we shouldn’t ever compare children, we sometimes do it accidentally because it’s disguised in our minds as a teachable moment.

We’d never think of outright saying, “Why can’t you be more like your brother?” because that would be horrible for their self-esteem, obviously. But we might just say, “Honey, why don’t you actually run out onto the soccer field and kick a ball instead of sitting on my lap the whole time? Look at all those other little boys and girls. Look at how much fun they’re having!”

The unspoken message is: you’re not doing it right. Hence, the continued sitting on mommy’s lap for the next six weeks.

So what’s the answer to boosting kids’ self-confidence if everything you’re doing that you think should be helpful is actually part of the problem? Patience. For them, and for ourselves.

We aren’t always going to make the best decisions because we’re so emotionally involved ourselves with the results. Who doesn’t want to see their kids with booming self-confidence?

But just like everything, they will develop it in their own time, in their own way, as soon as we get out of their way and let them start discovering it on their own, instead of force-feeding it to them.