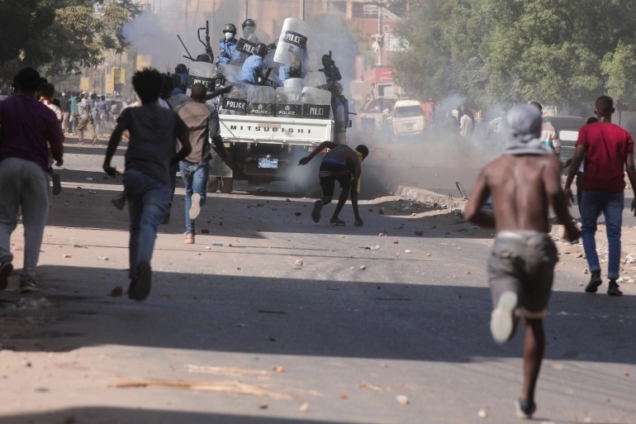 A 23-year man was shot dead and more than 50 others suffered gunshot wounds during Thursday’s anti-coup protests in Sudan, activists and medics say.

Eyewitnesses said the security forces used excessive force to disperse the protesters in the capital, Khartoum.

The unusually high tally of gunshot injuries is understood to be linked to the increased use by the security forces of shotguns, which fire shells that contain multiple pellets, locally known as “suk-suk”.

During Thursday’s clashes, another activist was reportedly stabbed by riot police.

Tweeters have been sharing an image of an officer from a militarised police unit deployed during the protest wielding a machete:

Photo shows #SudanCoup forces armed with machetes (along with the rest of their arsenal) against peaceful protesters in #Khartoum earlier today. pic.twitter.com/nbW3cN3DFG