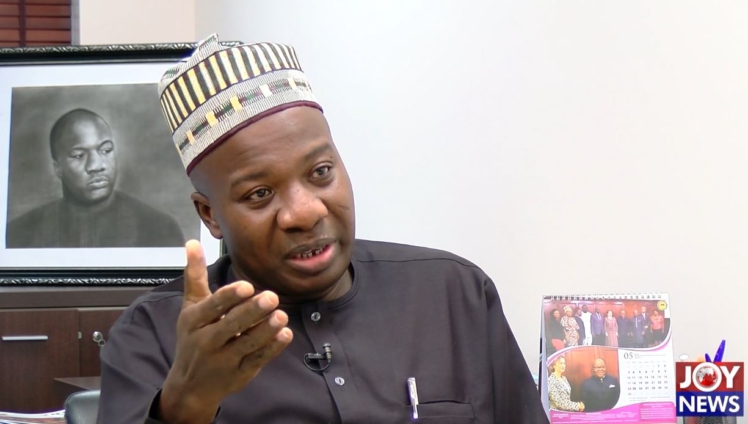 A member of Parliament’s Appointments Committee, Mahama Ayariga says the absence of handing over notes from ministers and their agencies threatens a thorough vetting process.

As the day of vetting draws closer and without any handing over notes to show, Mr Ayariga cautioned that NDC members on the appointments committee might be forced to take some form of decision.

“As an Appointment Committee to vet those nominees, I don’t see how we can do any good job befitting of this Nominees if we are not handed copies of the handing over notes,” he told JoyNews.

Section 7 of Act 845 requires an Administrator-General to make available to the person elected as president, the original copies of the handing over notes, he shall retain one and make one available to Parliament.

The Presidential Transition Act makes provision for a comprehensive handing over note to be prepared, even before the new president assumes office or the old president if he is continuing in office is sworn in.

But according to the Bawku Central MP, the House has no such record, official or formal in its possession of any handing over notes from any of the MDAs as required under Section 7 of Act 845, an act they describe as a breach of the Presidential Transition Act 2012.

The handing over notes must cover extensively every activity of the Office of the President, Vice president, the various Ministries, Sectors, Agencies and Departments, along with that of the District, Municipals and Metropolitan Assemblies.

In an interview with JoyNews’ Kwaku Asante, Mr Ayariga stated that the Minority was hell burnt on demanding the notes to ensure that the right people were in Office and not out of spite.

“It is critical now because the President is continuing in office and he has chosen to continue with most of the Ministers that he nominated. If you ask me why let’s say in 2017, we did not ask for handing over notes, It is because at that time, the person was coming in afresh.

“The people he nominated had not served in those offices, and handing over notes will be helpful in giving a background. It has nothing to do with the people coming in,” he added.

“So you don’t need to carry track loads of documents so that you don’t tell us that you don’t have printing papers or anything of that sort to print and bring it to us. You can put it on a CD-ROM or something in an electronic version, put it in an envelop and present it to us,” Mr Ayariga added.

DISCLAIMER: The Views, Comments, Opinions, Contributions and Statements made by Readers and Contributors on this platform do not necessarily represent the views or policy of Multimedia Group Limited.
Tags:
Appointments Committee
Handing over notes
Mahama Ayariga