Accept responsibility for messing economy up – Minority to Bawumia 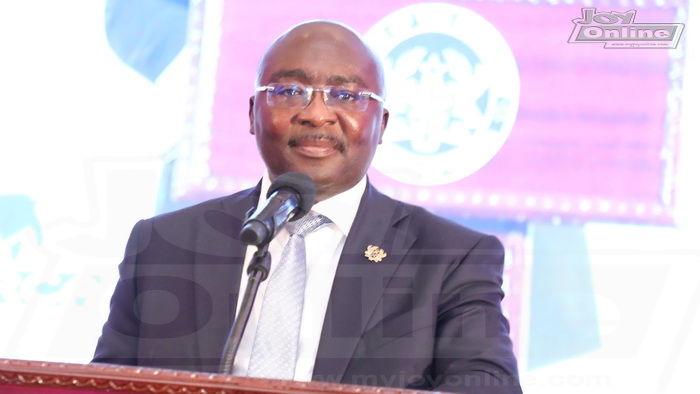 The Minority in Parliament has taken on Vice President, Mahamudu Bawumia for partly blaming the previous government for Ghana’s current economic crisis.

According to the caucus, Dr Bawumia lacks the moral right to fault the erstwhile John Mahama administration when the incumbent government has consistently mismanaged the economy.

The Vice President on Thursday outlined four factors that, he believes, pushed Ghana to seek financial assistance from the International Monetary Fund (IMF).

While attributing 50 percent to external factors – the Russia-Ukraine war and Covid-19 – the Vice President also noted that activities of the previous administration played a contributing factor to Ghana’s economic woes.

But reacting to this, the Ranking Member on Parliament’s Finance Committee, urged the Vice President and his government to accept responsibility for their mismanagement.

JoyNews/AdomNews · Accept responsibility for messing the economy – Minority to Bawumia

Dr Cassiel Ato Forson who was speaking with journalists on Friday noted that it will not benefit anyone should the Akufo-Addo administration keep on accusing others for its failures.

“The situation we find ourselves today can never be attributed to international situations or policies that they inherited. This is a government that has proven to be wasteful, incompetent and useless.

“So I want to ask our Vice President to simply take responsibility because we will not accept the way he is trying to shift blame. He has messed us up. He is responsible for the mess that we are in and he should just accept that, simple,” he stressed.

Dr Forson also claimed that the Vice President has no credibility.

He further blamed the state of the economy on the government’s insatiable appetite for borrowing and giving out unbridled tax exemptions.