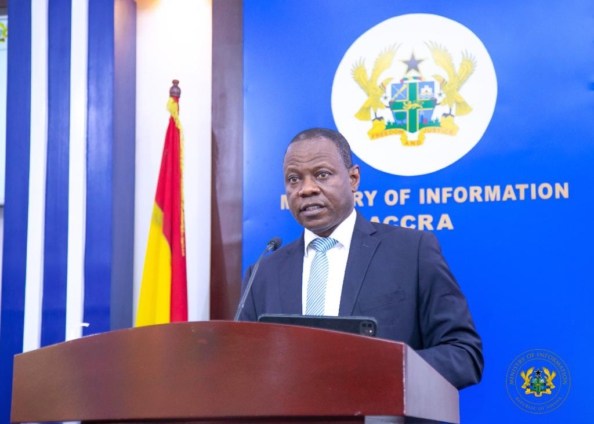 The Director-General of the Ghana Health Service (GHS), Dr Patrick Kuma-Aboagye, says the current Covid-19 active cases are mostly concentrated in Accra, with four and three other cases in the Eastern and Western regions, respectively.

He said out of the 267 cases in Accra alone, children aged between zero and 15 years constitute 18.1% of the case distribution.

The average daily cases recorded in the Accra Metropolitan area increased from 1.3 in April to 13.3 in May and to 44 cases per day in June, 2022.

Giving a breakdown of the figures at a press briefing on Wednesday, June 8, Dr Kuma-Aboagye said the Omicron variant is the most dominant among the country’s 452 active cases [as of June 6].

There is no severe or critical case. Again, no death has been recorded since March 2022.

“Generally, we have seen a rise in the cases over the past few weeks. Currently, we have about 400 active cases but this is largely an Accra phenomenon – it’s an Accra surge mainly and not [the entire] Greater Accra,” he said.

The Director-General stated that the new cases were mostly recorded in schools and work places but there were low positivity rate at the Kotoka International Airport.

He, therefore, attributed the new surge in cases to seasonal factors.

“Ghana generally record an increase in respiratory tract infections at the onset of the rainy season with peaks around July. This is further evidenced by the current increase in Influenza infections picked from the existing Influenza and other respiratory virus sentinel site,” he said.

The country is currently experiencing three different disease outbreaks, including the Covid-19, Influenza A H3N2 and the monkeypox, he added.

773 cases of the Influenza A H3N2 have been recorded, with the first case being recorded in January in the Eastern Region.

Meanwhile, five cases of the monkeypox have been confirmed in the country.

One of them was recorded in a Ghanaian who travelled to the United States of America from Ghana.