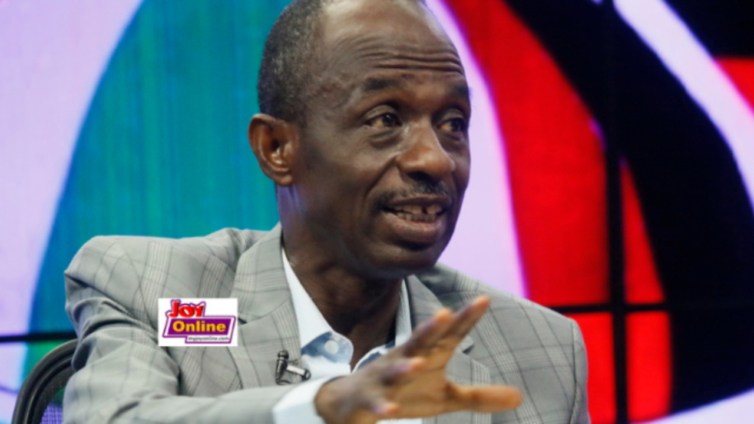 The National Democratic Congress (NDC) says President Akufo-Addo is shielding the Finance Minister over his involvement in the Agyapa Mineral Royalties Limited deal.

The party believes the President is unable to sanction Ken Ofori-Atta following the damning findings of the Office of the Special Prosecutor because of nepotism.

This, the opposition party says has plagued the New Patriotic Party (NPP) administration.

The Special Prosecutor, Martin Amidu after conducting a Corruption Risk Assessment into the agreement revealed some mechanisations were not in the interest of the country.

The report uncovered instances of alleged manipulation of the procurement process “by the Ministry of Finance by adding an unapproved rider for collaboration with a Ghanaian firm.”

On the back of this, the opposition NDC has called for the sanctions against the Finance Minister with former President Mahama blaming nepotism for President Akufo-Addo’s inability to do so.

Speaking at a press briefing Tuesday, General Secretary of the NDC, Johnson Asiedu Nketia said he is not surprised at the President’s decision to refer the deal back to Parliament instead of asking the Finance Minister and his Deputy to step aside for investigations to commence.

“In any serious country, Ken Ofori-Atta and Charles Adu-Boahen would have been suspended pending criminal investigations or better still, under criminal prosecution by now.

“Sadly, in our case, President Akufo-Addo has decided to shield these corrupt officials from punishment as he usually does,” he told journalists at the party’s headquarters in Accra.

Mr Nketia says he is not surprised by the turn of events adding that “this is exactly what nepotism does to a country.

“It completely blinds leaders and weakens their ability to crack the whip on their errant and corrupt appointees.”

He also accused President Akufo-Addo of being the “chief mastermind and promoter” of the controversial transaction.

“He [Akufo-Addo] has continuously defended and shielded his corrupt officials from punishment since he took office as was witnessed in the BOSTGATE corruption scandal, PDS scandal, missing excavators scandal, Australian VISA fraud scandal, just to mention a few,” the NDC chief scribe added.

Mr. Amidu further reveals in his report that other individuals who have business interests in Data Bank aside from the Finance Minister played various roles leading to the selection of Data Bank.

Documents analysed by the Special Prosecutor indicate that Deputy Finance Minister, Charles Adu Boahen on October 6, 2017, wrote to the then CEO of the Public Procurement Authority, Adjenim Boateng Adjei asking for approval for the use of restrictive tendering to select a company willing to offer the government a receivable backed credit facility.

Four companies are said to have been named in this letter; Triple Flag, Navara Capital Limited, Stanbic Bank, and Petrodel Investor Limited.

The Special Prosecutor notes that “Imara Corporate Finance” was not part of the four.

Mr. Amidu says the PPA wrote back to the Finance Ministry requesting some documents.

Charles Adu Boahen according to the Special Prosecutor then wrote two letters to the PPA.

These letters he said introduced Imara Corporate Finance Limited for the first time.

The Special Prosecutor notes, “There was no request for Data Bank Financial Services Limited of Ghana to the PPA and the approvals consequently did not include Databank”.

He continues that the government then sent a request to the companies approved by the PPA to send in proposals.

The government is said to have in this request stated that “collaboration with eligible Ghanaian firms with complementary capabilities shall be favorably considered”.

The Ministry according to the Special Prosecutor received only two responses both of which had local partners.

The Special Prosecutor however argues in his report that the request which was approved by the PPA did not make the approval subject to any collaboration with eligible Ghanaian firms.

“The insertion of this condition was opaque and contrary to the PPA approval for the purpose of prevention of corruption and for suspected violations of the Public Procurement Act which may constitute corruption and corruption-related offenses.”

Imara is said to have ranked first in terms of strengths and weaknesses.

The Special Prosecutor said this new requirement of having a local partner “made it impossible for the European and American shortlisted companies to meet the requirements”.

He notes; “The Request for proposals process from the Finance Ministry with a rider company smells of bid rigging…”

The Special Prosecutor describes the inclusion of a local rider company as a manipulation by the Finance Ministry which lowered the risk of corruption.

He adds, “The request for proposals process from the Ministry for Finance with a rider for collaboration with eligible Ghanaian firms smells of bid-rigging by the Finance Ministry for the proposals from Imara using Data Bank as a decoy on closer examination, analysis, and assessment of the terms and conditions of the Mandate agreement purportedly signed between the Ministry of Finance on behalf of the Republic of Ghana and Imara/ Databank”