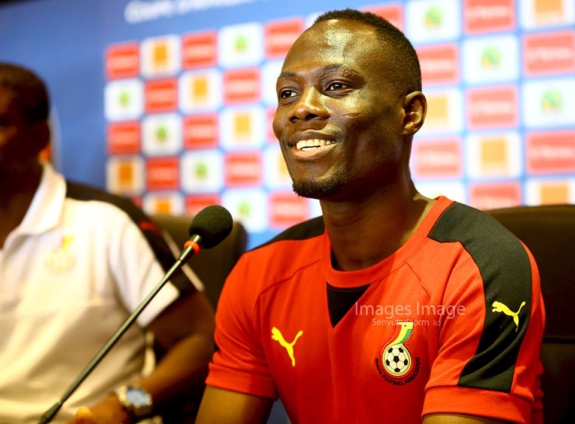 Former Ghana midfielder Emmanuel Agyemang-Badu would prefer Ghana won the Africa Cup of Nations title in Cameroon than qualify for the next World Cup tournament in Qatar.

The Black Stars have been on a long search for a fifth continental title since beating hosts Libya on penalties to win the 1982 championship.

Their World Cup story, on the other hand, currently finds itself in a sad tale after they missed out on qualification for Russia 2018, having earlier endured a disastrous campaign at the 2014 gathering in Brazil.

“For me, I will prefer winning the Afcon even more than qualifying to the World Cup, that is my opinion,” 30-year-old Badu, who retired from international football last year, told Starr FM.

“I have gone to five Afcons, I won the U20 World Cup, I know what I have gained when I won it.

“So just imagine after 40 years, if these my brothers there can win the Afcon, it will be a huge impact on their career and for the nation, so I will prefer that.”

To win the next Afcon, which is scheduled to start on January 9 and end on February 6 next year, Ghana must first make its way out of a group which also has Morocco, Gabon and the Comoro Islands.

It will be the Black Stars 23rd appearance at the continental showpiece.

“Morocco are up there, I think they conceded just one goal in the qualification, which statistically are one of the strongest in the group.

“Ghana are also up there. That’s my country, I will be rooting for my country. But everybody who has qualified for the Africa Cup of Nations is coming to win. So statistically, we’re up there but we don’t know what is going to happen.

“We just have to stay focused and do what we can do to just qualify from this group and then we see what happens because without [qualifying from] the group, you cannot be thinking of winning the cup.

“So we have to make sure we qualify from the group stage, and then think about winning the cup.”

Before Afcon comes around early next year, the Black Stars will have to face Ethiopia, South Africa and Zimbabwe in the group stage of the World Cup qualifiers which commences in September.