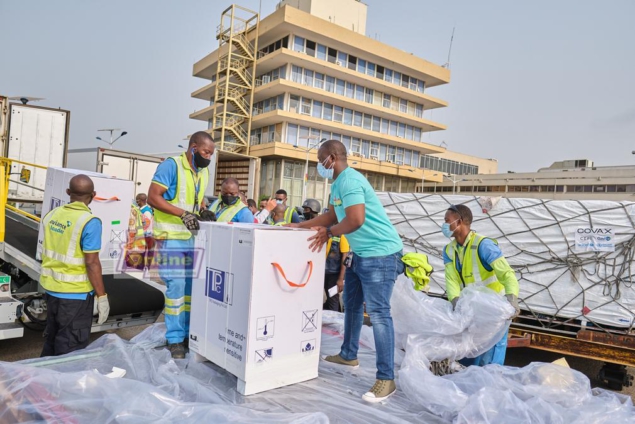 Speaking to JoyNews he said that the President had to follow through with some engagements after the country’s vaccination plan was significantly impacted following India’s decision to stop the export of AstraZeneca Vaccine.

“The vaccines (that) were expected to be delivered by Covax in April and May have been delayed because of challenges in India. India has stopped exports and therefore we can’t have access to AstraZeneca any longer. The President is making very high level diplomatic engagement and we believe that it may yield results.”

India, in March, placed a temporary hold on all exports of the Oxford-AstraZeneca coronavirus vaccine. They said rising cases meant domestic demand was expected to pick up in the coming weeks, and so the doses were needed for India’s own rollout.

The move – described as a “temporary squeeze” by officials – is expected to affect supplies until the end of April.

Currently, India is fighting a devastating second wave of Covid-19 that is killing thousands each day. The second wave, which began in March, has escalated rapidly, with India recording more than a million new cases in just three days.

For the past two weeks, medical facilities have been running out of oxygen and ICU beds, with patients left outside hospitals waiting for care. International efforts to help tackle the crisis are hastening, with both Britain and the United States pledging aid and much-needed medical supplies.

Meanwhile, the global advocacy is mounting pressure on countries with some stocks of the vaccine but are not using them to engage in dose sharing, Mr Manu said.

He told JoyNews’ Fred Smith that these countries have been encouraged to share the unused doses with countries , like Ghana, desperately looking for vaccines.

“They are working and we haven’t achieved any success yet so we can’t give deadlines and predictions as to when deliveries will arrive.”

However, government is also making efforts to get other vaccines including the Russia Sputnik vaccine, Mr Manu added.

He said that “they demonstrated availability and brought in the first 160,000 doses which are kept here waiting for about 300,000 to come in sometime this week.”

“We were expecting it about two three weeks back, but we are facing challenges with vaccine availability and payment structures and things like that. I believe sometime this week we may receive the 300,000 so that was part of our plan and it hasn’t impacted on us so negatively.”