Akufo-Addo still has his Presidency on the line in galamsey fight - Samuel Jinapor - MyJoyOnline.com 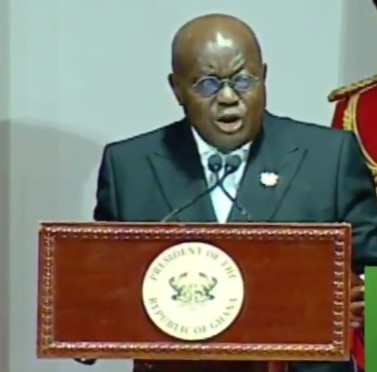 The Minister for Lands and Natural Resources says President Akufo-Addo still has his Presidency on the line due to his fight against illegal mining popularly known as ‘galamsey’.

Mr. Samuel Abu Jinapor believes that the various initiatives taken by the Akufo-Addo-led government have demonstrated enough commitment to nipping the canker in the bud.

Speaking to Evans Mensah on PM Express Tuesday, the Sector Minister indicated that the government’s perpetual embargo on galamsey shows the level of seriousness attached to dealing with the issue despite the complexity of the small-scale mining sector.

He added that, “he (President Akufo-Addo) put his Presidency on the line and it cost him votes. He lost in a place like Upper Denkyira West where the NPP has never lost an election since 1957; it is a mining community. Clearly, the party lost because of the issues of mining. He lost literally in every mining communities with the exception of Tarkwa.”

The MP for Damongo Constituency attributed the New Patriotic Party’s massive loss in the mining communities to the fight against the menace.

“Because of the measures he (President Akufo-Addo) took and because he was unwavering and was unflinching to his commitment; you will see that he lost in almost all the mining communities in Ghana,” he explained.

Meanwhile, there continue to be several reports of illegal mining ongoing in parts of the country despite the ban on the activities.

Some politicians and chiefs have been accused of promoting the activity and in certain cases illegal miners given full military protection to prospect for minerals.

Former President John Dramani Mahama also in the lead-up to the 2020 elections asked President Akufo-Addo to resign for failing to halt illegal mining in Ghana.

Although some Civil Society Organizations (CSOs) believe that the government has not shown enough political will to curb the damage being done to the environment, Mr. Abu Jinapor reiterated the President’s resolve to end the illegal activity.

He mentioned that government will on Wednesday, April 14, 2021, begin a two-day National Consultative Dialogue on small-scale mining.

The event, according to him, seeks to solicit views, proposals, and suggestions from diverse stakeholders in the mining industry all in the bid to develop appropriate policy interventions to solve the galamsey menace in Ghana.