Alisson out for ‘weeks’ with calf injury 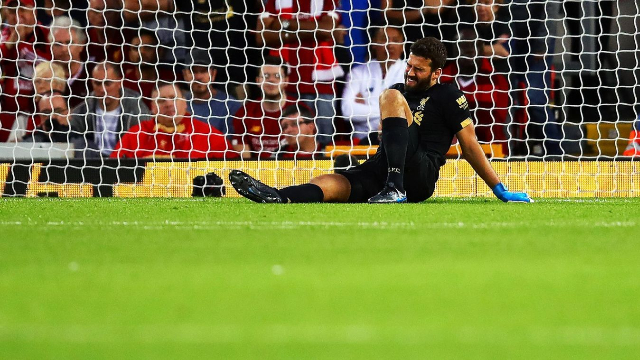 Liverpool goalkeeper Alisson Becker will be out for a number of weeks after sustaining a calf injury, according to manager Jurgen Klopp.

The Brazilian incurred the injury during the first half of the Premier League opener against Norwich and was replaced between the sticks by Adrian.

And now Klopp has confirmed that the problem will keep him out of action for the next matches, including the Super Cup clash against Chelsea.

“[It’s] Not too cool. It’s a calf injury which takes him obviously out for a while,” he told the club’s official website.

“I don’t want to make now [an] exact prognosis on when he will be back but it will not be Wednesday for sure, so now then we have to see. It takes a while, it takes a couple weeks for sure, and we have to see.

“I saw already like ‘six weeks’ and stuff like this, but Ali was not a lot injured in his career so I would like to wait a little bit to see how he develops in that process now, but he is not in for the next few weeks.”