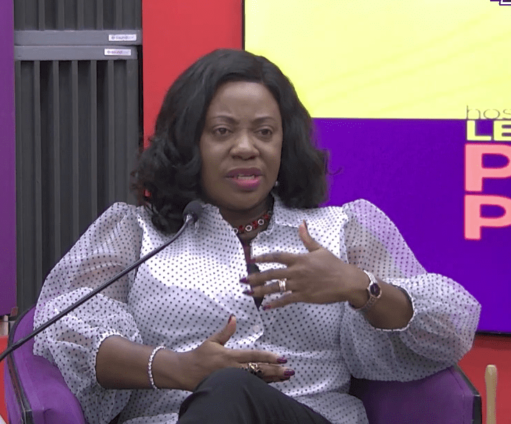 Chief Executive Officer of Vodafone Ghana, Patricia Obo-Nai, has advocated for a change in the status quo regarding careers in science and technology.

Over the years, girls and women have been discouraged from studying science and eventually taking up careers in the field.

The successful engineer who won the ‘Woman of the Year’ at this year’s EMY Awards Africa believes the narrative should change.

In her year group, she is one of the six female students out of 48 who pursued Electrical Engineering at Kwame Nkrumah University of Science and Technology.

In an interview on Thursday with JoyNews‘ Lexis Bill on Joy FM‘s Personality Profile, Mrs Obo-Nai explained why science and technology is a male-dominated field in Ghana.

She believes society builds excuses and myths around studying Mathematics and Science, branding it as difficult.

Unfortunately, many female youth fall prey and eventually bury the interest of venturing into a field that has proven to be the future. Only a few girls successfully jump the hurdles of such negativity.

In a bid to diffuse the wrong perception that engineering is gender-based, the Ghana Institution of Engineers member said there are many opportunities to explore.

Making a solid case on why women should be an integral part of technology, she argued that in a household, “the woman has the blender, stove, oven, washing machine, dishwasher, dryer, curler, and you’re not allowing her to shape the technology that she’s going to use? Allow the women to come into shaping the things that they us”.

She drew inspiration from her father, a civil engineer, stayed dedicated to the path of science, and eventually graduated from KNUST with a Bachelor of Science in Electrical Engineering.

Her career in telecommunication spans over two decades.