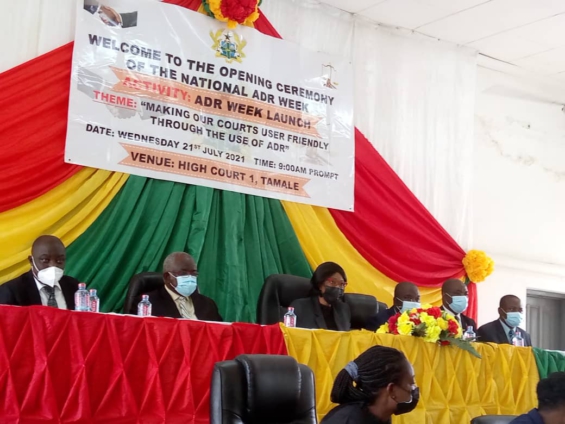 A Justice of the Court of Appeal, Irene-Charity Larbi, has commended the efforts of members who have spearheaded the Alternative Dispute Resolution (ADR) Programme.

The Justice who doubles as Judge-in-Charge of ADR stated that the programme has expedited justice delivery at an affordable cost.

“The Judicial Service has since 2005 created space and the necessary environment to serve the litigating public with all the benefits of ADR in order to make quality justice real and accessible to all, especially the poor and vulnerable,” she said.

She was speaking at the launch of the ADR week in Tamale on Wednesday, dubbed ‘Making our courts’ user friendly, through the use of ADR’.

According to her, High Court or Civil Procedure Rules 2004 and the Courts Act 1993 (Act 459) prescribe such interventions that ensure amicable resolution of cases before they are presented to the courts.

Touching on the programme’s success, Justice Irene-Charity Larbi revealed that the Alternative Dispute Resolution in 2020 mediated a total of 5,455 cases. Out of this figure, a total of 2,312 cases were settled, representing about 42 per cent.

She further stated that the programme has been extended to 131 courts across the country, with at least five mediators assigned to each.

In addition, she disclosed that ADR Secretariats have also been set up in 10 out of 16 regions in the country.

Alternative Dispute Resolution (ADR) refers to various techniques for resolving disputes without resorting to litigation in the courts.

The programme was instituted in 2005 as an intervention to ease pressure on the regular court system and to create a platform that would offer disputants the opportunity to play a key role in resolving their disputes.

Courts connected to the ADR Programme mainly use mediation for the resolution of cases.

To promote and entrench this intervention, one week in every legal year term is set aside to sensitize the general public on the programme.