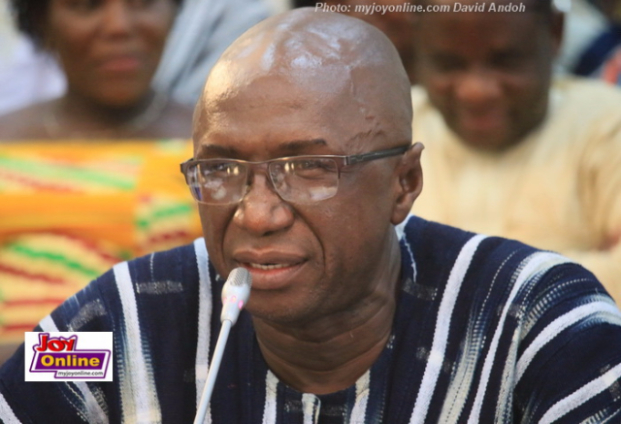 Interior Minister, Ambrose Dery has expressed his condolence to families who lost relatives in the accident that happened at Akomaden.

The Member of Parliament of Nandom also through his Facebook page sympathized with the passengers of the bus who sustained severe injuries as a result of the accident.

“I am saddened by the horrific accident in Akomaden that claimed the lives of 6 people as reported this morning… My condolences to the families of the deceased and I wish the injured a speedy recovery,” he said.

According to Mr Dery the bus was said: “to have left my constituency NANDOM through LAWRA towards Kumasi.”

Six passengers were reported to have burned to death when a bus travelling from Lawra in the Upper West Region caught fire after being involved in an accident at a Police checkpoint in Akomadan.

According to the Police, 22 others are receiving treatment after they sustained various degrees of injury.

Narrating what happened, a source said the vehicle with 37 passengers on board crashed into an abandoned vehicle at the Police checkpoint.

One of the passengers, identified only as Kwasi, who managed to escape from the vehicle before it caught fire, said the driver failed to apply the brakes because he was driving at top speed.

“Because he was on top speed, he couldn’t brake immediately and crashed into a stationary vehicle at the barrier resulting in the accident and subsequently burst into flames,” he narrated

“The cost of these avoidable deaths go beyond the immediate families. We must endeavor to make our roads safe for every road user,” he noted.

DISCLAIMER: The Views, Comments, Opinions, Contributions and Statements made by Readers and Contributors on this platform do not necessarily represent the views or policy of Multimedia Group Limited.
Tags:
Akomaden accident
Ambrose Dery