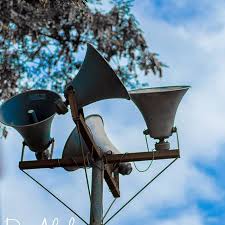 THE OBSOLETE SOLUTION THAT HAS BECOME A DEVOURING BEAST

I kindly write to draw attention to the grave nuisance and injury being caused by open broadcast private businesses branded ‘information centre’ across communities in the Oforikrom Municipal Assembly and beyond in the Ashanti region.

These open broadcast businesses disturb six (6) prime hours of day from 5am to 9am and 6pm to 8pm every day. The worst part of their nuisance is they are committed to the vulgar advertisements of unorthodox drugs and mostly, aphrodisiacs to the hearing of whole communities.

The horrendous part of the situation is the licensing and support of the operations of this grave nuisance by the Municipal Assembly. Thus all complaints on the gravity of the situation to the Assembly for over a year are met with unthinkable responses, to the extent of their development planner comparing such vulgar nuisance to the Islamic call to prayer.

Before the proliferation of media stations when GBC was the only radio station with very limited coverage, information centres were instituted as a means to bring the news to villages to enable their participation in the civic process. Thus every part of the country with due media coverage in recent years and with the popularity of radio devices (even basic ‘yam’ phones has radio), has certainly no need for information centres. Despite their very obvious obsolescence, they still exist because of queer private interest.

A report of the damaging situation to the Ashanti Regional Head of EPA was met with a confirmation that they have warned the assemblies not to issue licenses to such open broadcast private business. They are however aware the Assembly still goes against their advice with the excuse of ‘managing their operation”: – this they know is impossible because the nuisance cannot be averted.

This grave nuisance is mostly suffered by the voiceless masses (in the Oforikrom Municipal Assembly and beyond), who are even thought of as enjoying such crudeness to their dismay. What is ongoing amounts to a committing of the socialization of whole communities to private individuals with no scruples? The psychological and health damage they are causing the public (from children to the elderly) is very grave, to say the least.

I pray for an immediate halt of the situation. The hungry poor should at least be allowed their peace of mind.