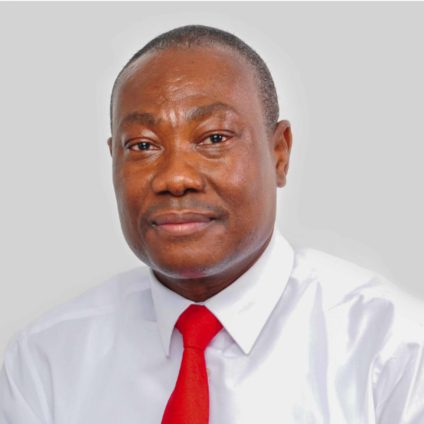 The Lands Minister, Samuel Abdulai Jinapor, has instructed the CEO of the Minerals Commission, Martin Kwaku Ayisi, to interdict the Chief Inspector of Mines with immediate effect over the explosion at Apeatse in the Western Region.

In a press statement issued by the Lands Ministry on Friday, the Minister explained that “Pursuant to Regulation 2 of the Minerals and Mining (Explosives) Regulations, 2012, (LI 2177), the Chief Inspector of Mines is the chief inspector of explosives, and is responsible for the supervision of the manufacture, storage, transportation, and use of explosives for mining and mine support services.”

Therefore, Richard Kofi Adjei is to be interdicted pending investigations.

This government believes will thereby preclude the company from the manufacture, transportation and/or supply of explosives for mining operations for mining pending the outcome of the investigations.

The Lands Ministry assured the general public that “ongoing investigations will be thorough and comprehensive and any public official found culpable will be made to face the full rigours of the law.”

Meanwhile, the Police has provided an update on the number of casualties resulting from the explosion.

According to the Director of Public Affairs of the Service, officially, 190 casualties were recorded by the National Ambulance Service and allied agencies.

ACP Kwesi Ofori said four victims are reported to be in critical condition at the Komfo Anokye Teaching Hospital (KATH).

“Initially, due to their condition, it was misreported that they were dead but were taken to the hospital, the medical officers certified that they were not clinically dead. As such, they were admitted, and treatment is ongoing,” he stated.

He revealed that 36 people have been admitted to various hospitals.